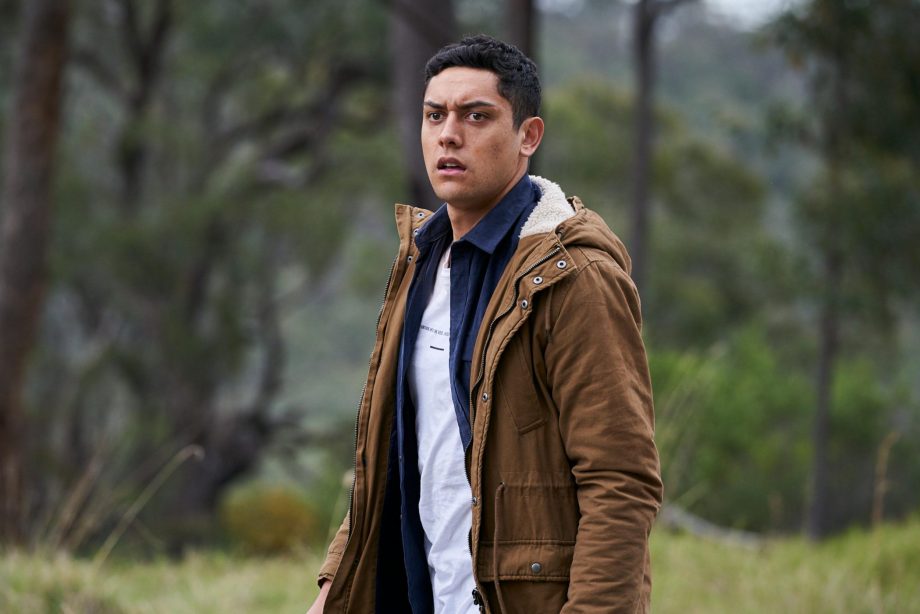 Kawakawa Fox-Reo, who plays Nikau Parata on Home and Away, reveals how he dug deep into his family roots to get his uncle Ari Parata back from the brink of death…

As uncle Ari Parata (Rob Kipa-Williams) struggles for his life, teen Nikau Parata turns to the Maori family’s strong spiritual ties, according to Kawakawa Fox-Reo of Home and Away.

Ari was recently mowed down by a dangerous criminal after having the family involved in a drug cartel war – which also saw Nik and the teens kidnapped!

He’s fighting for his life!

Nikau – and Ari’s brother Tane Parata (Ethan Browne) – are devastated because Ari is in a medically induced coma after sustaining multiple injuries in the hit-and-run.

“Nikau is terrified that he will lose his uncle,” Kawakawa said.

“It’s terrifying, and he’s not sure if he’ll make it out alive.”

As Doctor Christian Green prepares to bring Ari out of his coma, the family is told that his survival is in jeopardy.

Nikau invokes the Parata family’s ‘pounami,’ a sacred Maori talisman, and asks the ancestors to return Ari safely to them. Will Ari be able to make it?

Values of the family

On the show, Kiwi actor Kawakawa has enjoyed delving into the history of his fictional family.

We were first exposed to elements of the Paratas’ Maori culture when they first arrived in Summer Bay.

He insisted, “I love the fact that the family has a strong spiritual background; it’s something I’m proud of.”

“It’s an integral part of who I am, and it helps me in my job and in the relationships I form outside of work.”

After relocating to Sydney from New Zealand, Kawakawa has been a regular on the soap for over a year.

Several dramatic plots have already been written for the young actor.

He revealed, “I’ve learned a lot about myself as an actor and as a person.”

“I consider myself fortunate to be a member of the Home and Away family.”

Is there more drama in Nikau’s future?

Kawakawa teased, “I think he’ll be in for a bit of a ride!”

Share
Facebook
Twitter
Pinterest
Previous article
There’s an intriguing fan theory about Home And Away Lewis’ deadly intentions, and Ditch Davey may have just supported that theory too
Next article
Home and Away’s Christian Green is under arrest as Lewis Hayes takes revenge