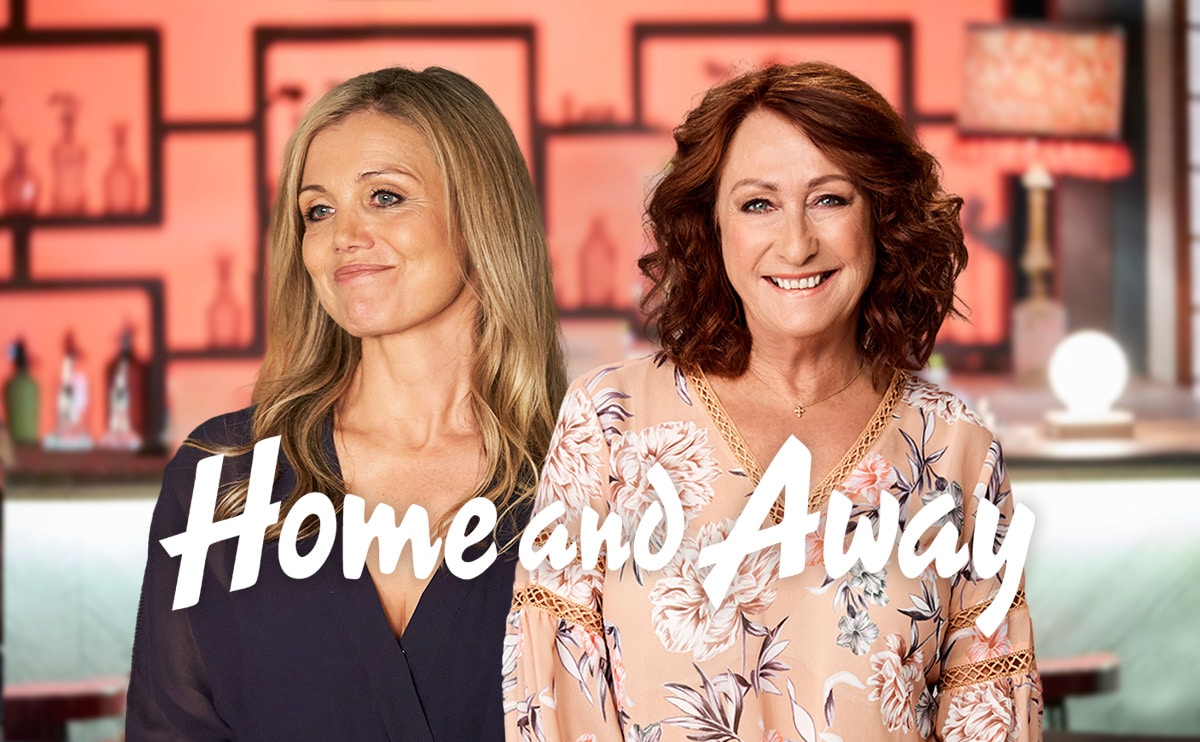 Susie’s scheme comes dangerously close to unravelling next week on Home and Away in the UK, when she inadvertently poisons John! Will Irene realise that the poison was intended for her?

Next week, it’ll be all hands on deck as John and Susie enthusiastically prepare the surf competition that will help the Surf Club re-establish its finances. Susie has been charged with approaching local businesses for fundraising, while John is in charge of the competition’s logistics.

Susie is in control of finances, and she has one major concern: what to do with the money she gets. She can’t send the money to Gerald, the club treasurer, since he’ll be on vacation up north for the next two weeks. John is clearly unable to deposit the funds into his own account – as the newly elected president, this would be highly suspicious! It does, however, have to go somewhere… 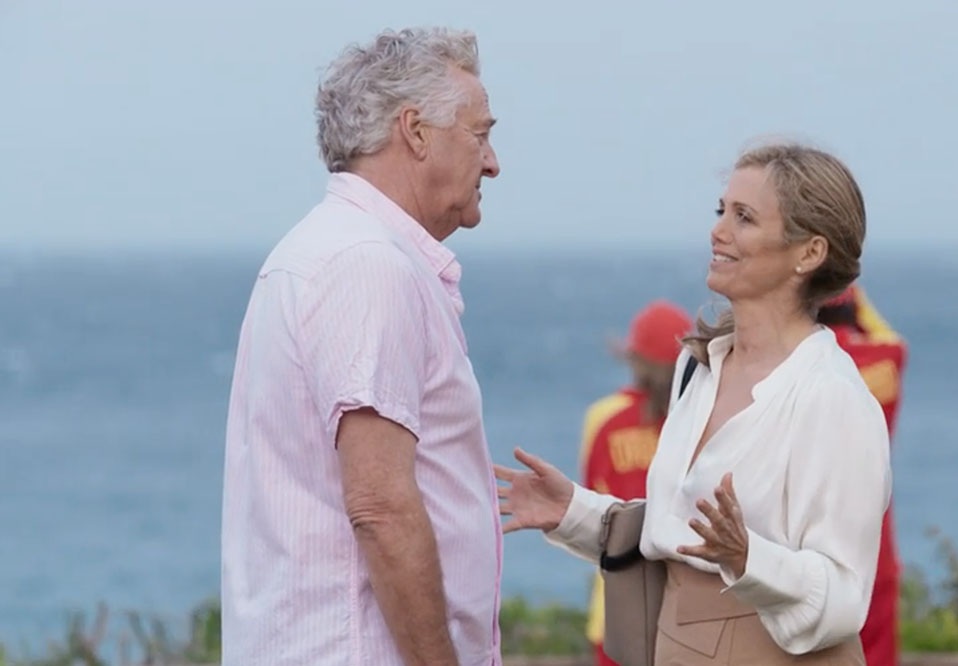 Susie adds to the strain by warning John that if he gives the sponsors too much time to think about it, they could back out. When she tells John what they’ll be able to do with the money they’ve earned so far – almost enough to re-tile the toilets, and possibly enough to upgrade the Polaris! – she shows off her magic touch.

Susie has found fundraising to be simple so far, but things aren’t so simple when she gets to the Pier Diner. Irene isn’t interested in hearing from her, and she wonders why it’s John’s new girlfriend, not the President, who is asking for money. Irene, who is fiercely protective of Marilyn and Alf, does not seem to be warming up to Susie anytime soon.

In other parts of Susie’s hectic schedule, Leah and Justin sign over their house deposit, bringing them one step closer to owning their first home together. The couple is overjoyed, but Irene is having trouble concealing her reservations as they hand over tens of thousands of dollars… “I have a feeling real estate Barbie isn’t what she seems to be.”

Irene is, of course, right to be worried. We saw her call her shady business associate last week and tell them she had another couple “on the hook.” Leah and Justin are on the verge of losing their entire savings account.

Irene also goes so far as to voice her thoughts to John himself, but to no avail. As John informs Susie that Irene is on her tail, the real estate agent pays her a visit at her home.

Susie tells Irene that she feels they started out on the wrong foot and that she wants to make things right. Susie goesads her, “I know you and John are good friends… but I got there first.” Things quickly heat up.

When Irene realises Susie is accusing her of having feelings for Palmer, she finds it funny, but Susie assures her that it’s clear. Things quickly turn sour when Irene tells Susie that she can see right through her, prompting Susie to caution her to “be very cautious about what you say next.”

Finally, it’s up to John to try to make things right. He proposes that the three of them have dinner at Salt, and despite her reservations, Irene decides to try it. Even if it’s just to get Susie even more worked up.

Although Irene’s only concern is a little winding up, Susie has a much more sinister scheme in mind. The trio’s night begins amicably, and it seems that they will be able to set their differences aside once and for all.

Susie, on the other hand, executes her scheme as she goes to the bar and orders three big glasses of red wine. She takes a bottle of clear liquid from her bag and drops a few drops into Irene’s glass!

When she returns to the table, she pushes the three drinks out, handing the spiked drink to her opponent. Things immediately backfire: Susie has no idea that Irene is a tea-only drinker, and when Irene refuses the drink, Susie returns it to the counter. But John immediately intervenes, reclaiming the glass and telling her, “We won’t be doing that, will we? 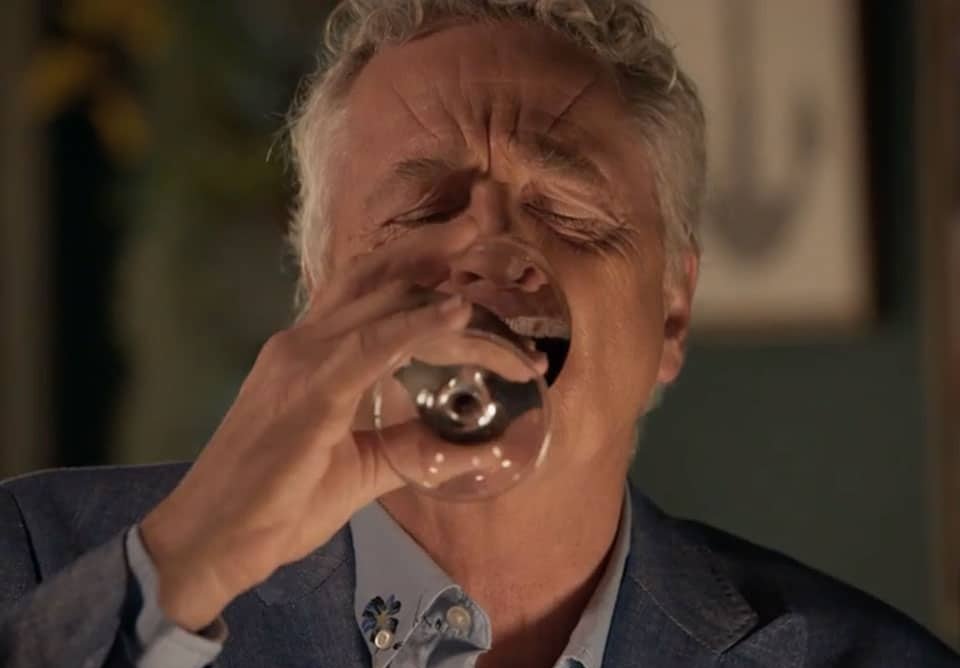 Susie has no choice but to stand there and watch in horror as John takes a swig of the drink.

Sure enough, a short time later, the newly elected president of the Surf Club is forced to flee the premises due to the poison’s effects. He’s still sick the next day, and he’s having trouble keeping everything down. Irene can’t understand how he is so sick so soon when he goes to the Diner for some dry toast.

Alarm bells are ringing in Irene’s mind now that she has more time to reflect about what happened. Even though she ate the same meal as him, John was the only one who became ill; something doesn’t add up. 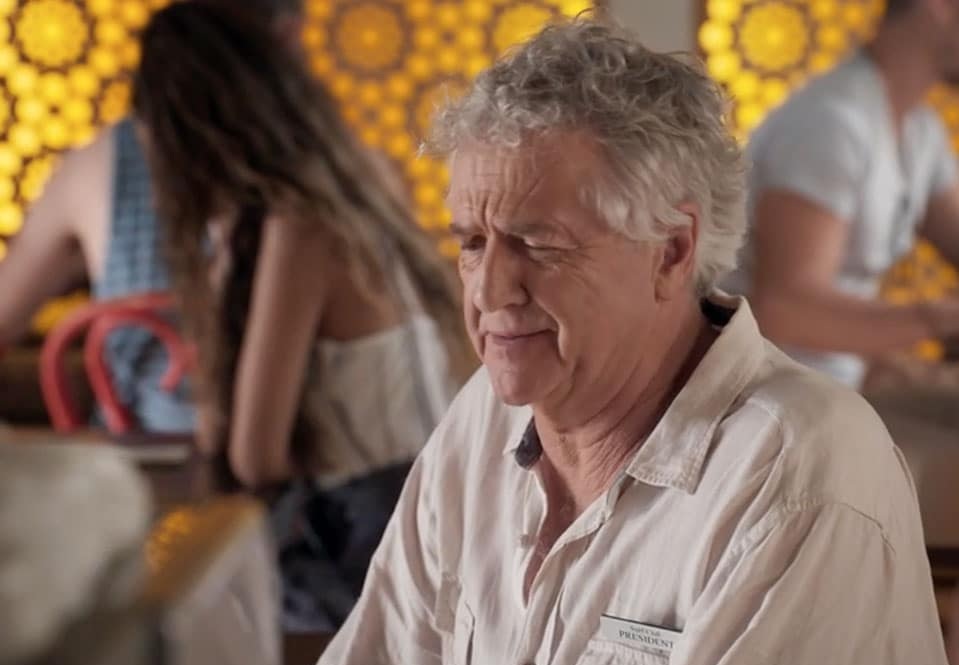 Susie gave her a drink and demanded she take it, but John drank it instead… Is that the cause of his illness? “But that would mean she wanted to poison you,” Marilyn points out, believing it would be a massive accusation to level against Susie.

Can Irene be the one to save Susie from ripping off the people of Summer Bay now that she has everybody wrapped around her little finger?

Home and Away Spoilers Alert: New trailer reveals the risk of...