Lewis’s continued efforts to discredit Christian end in a brawl on this week’s episode of Home and Away in Australia. Can Tori eventually turn on her boyfriend, unable to justify the violence?

For the past few weeks Lewis Hayes (Luke Arnold) has still worn him down for the dr Christian Green (Ditch Davey) digs. Lewis keeps Christian to account and does not have any hope of forgiveness for the death of his ex-wife Anna. 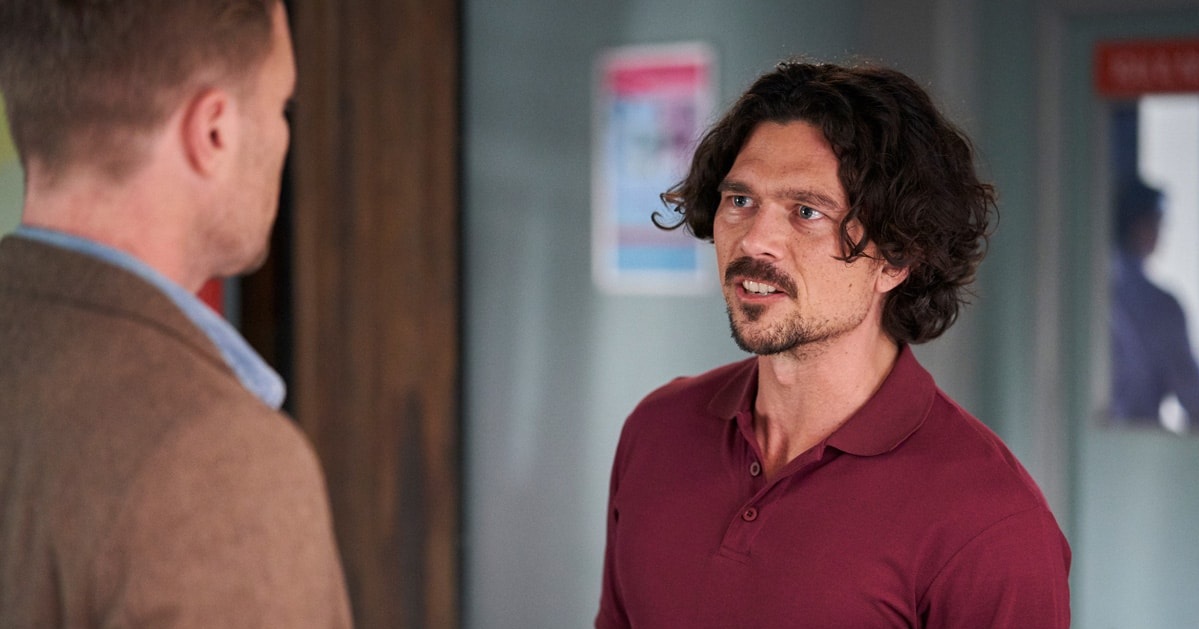 Lewis has been keeping a close eye on the doctor’s every move since landing a job at Northern Districts, waiting for him to make another mistake.

Tori and Christian were forced to return to the hospital after their engagement party to handle an urgent event, but while Christian was preparing for surgery, Lewis abruptly ended the proceedings. Despite Christian’s legitimate statements that he’d just had one tiny drink of champagne, he accused him of being inebriated and refused to let him work.

The patient died, possibly as a result of the delay in bringing them into surgery, and Christian blamed Lewis squarely. Of course, the nurse had a different opinion, blaming Christian’s decision to drink while on call for the patient’s death.

Christian has had a string of poor luck with his patients in recent weeks, with most of them dying while in his care. None of them had been especially complicated cases, and Christian hadn’t found anything odd. Their deaths have struck him hard and he has no explanation to justify why they’ve taken a drastic turn for the worse.

He’s starting to question his own abilities – why didn’t the patients pull through if he thought they were fine? It simply does not make sense.

Christian has no idea that there’s a perfectly good explanation why his patients are dying prematurely. Lewis was recently revealed to be the mastermind behind it all, using his unrestricted access to hospital wards to tamper with patients’ medications and hasten their deaths in an untraceable manner.

He also tried to do the same thing to Ari Parata last week. He seems to believe that by destroying Christian’s promising career as a neurosurgeon, he will be saving the lives of tens, if not hundreds, of his patients in the future. “If there was some hope for you, I wouldn’t be doing this,” he said as he packed the lethal drug for Ari.

I’m going to make sure Christian Green doesn’t get a job ever again.”

However, it seems that, despite his assurances that he is only hastening patients’ deaths and doing so only to those who may not otherwise survive, he is mistaken. Mia stopped Lewis seconds before he gave Ari the medication that would have killed him, and the nurse was taken aback when Ari was successfully brought out of his coma a few hours later.

Will Lewis be sorry for his behaviour now that he realises he might have killed patients who would otherwise have lived? It appears not, based on his conduct this week. 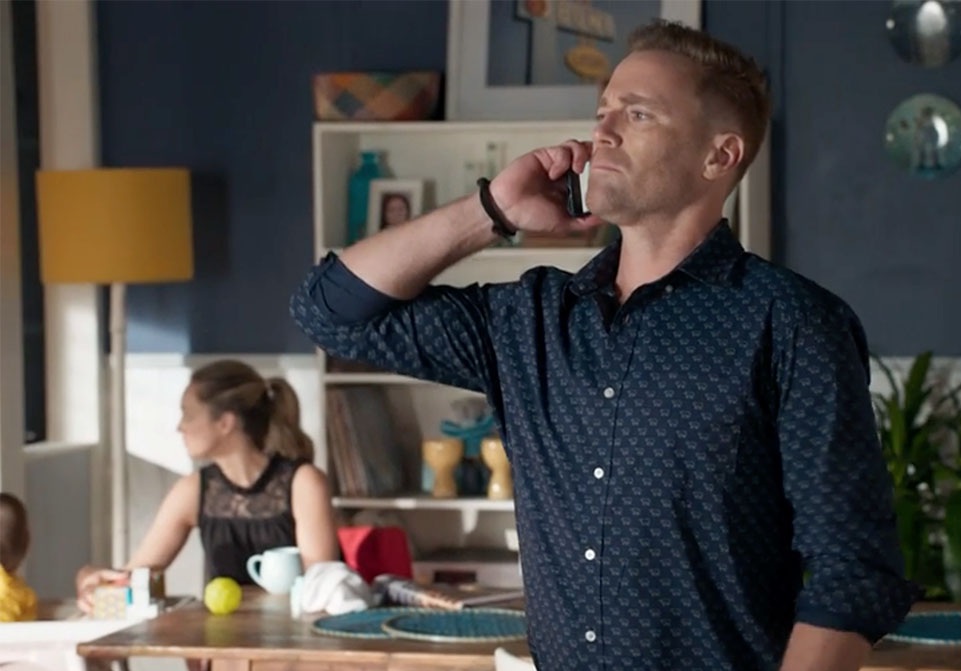 The hospital management has started to believe something is wrong because so many of Christian’s patients have died. Christian got the call he’d been waiting for at the end of last week: his recent craniotomy patient has died, and they’re doing a study of his recent cases.

The administration suggested this week that there might be a trend developing because Christian has lost a number of recent patients. Of course, no one but Lewis is aware of the true cause of the recent spate of deaths.

Although Jasmine (Sam Frost) is taken aback by the prospect that something is wrong with the doctor who is about to marry one of her best friends,

Christian doesn’t need any more torture from a man he already knows despises him. He turns to alcohol in an unusual way to cope with the tension he is experiencing. His mental health is deteriorating, and he is unsure if he is to blame.

He spends the afternoon at Salt, drinking and drowning his sorrows in the bottle.

Tori brings him home when she sees him there… But, unfortunately, an encounter with Lewis and Jasmine is about to get in the way, and things are about to get a lot worse.

Christian can’t contain himself and storms up to Lewis, shouting, “You happy?

Christian can no longer hold back as Lewis taunts him by bringing up his most recent alcohol-related incident – “Just one drink of champagne again, doctor?

Christian storms away as Tori and Jasmine check on Summer Bay’s newest nurse, partially suspecting Lewis is onto something – maybe he is losing his touch after all? 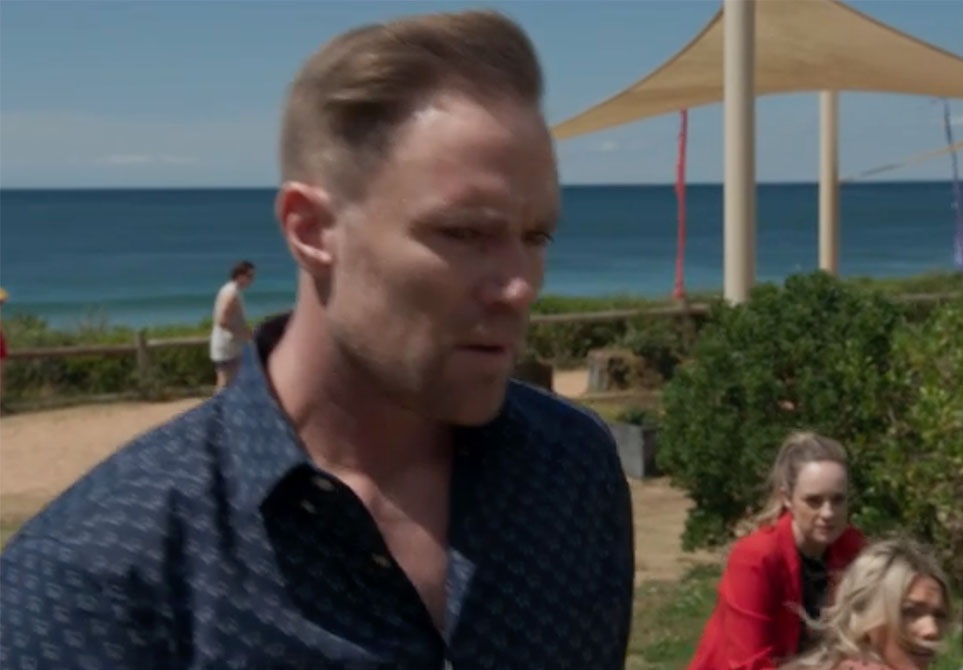 Christian’s rage is just right for Lewis, adding fuel to the fire that the doctor can’t be trusted.

“Dismayed at how things have turned out, Christian kicks Lewis in the face – something Lewis is really very pleased about,” Luke Arnold told Australian magazine TV Week about this week’s dramatic developments.

“By being intoxicated by Christians and beating him, Lewis shows that he’s right over the surgeon.”

Tori is also starting to have doubts about her fiancé. She can’t justify abuse, and her decision to give Lewis permission to report the punch to the hospital board astounds everyone.

Is this the start of Christian’s demise?