Recently, an incredibly delicate plot involving abuse and violence against intimate partners has begun appearing on Home and Away.

Bree Cameron, a character who is enmeshed in an abusive marriage with Jacob Cameron, is played by newcomer actress Juliet Godwin. 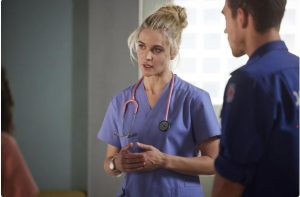 The creators tell us it’s necessary to “shed a light on societal challenges” and that the serial has never shied away from dealing with difficult topics.

Louise Bowes, the series script executive, was contacted by Yahoo Lifestyle to discuss how the authors tackled the sensitive subject, what they decided to exclude, and what Seven intends to accomplish.

Louise claims that it’s “essential” for the made-up community of Summer Bay to provoke discussion about actual issues.

She starts by saying, “It’s crucial that we not only amuse our audience but, when appropriate, deliver stories that shed light on societal issues. “To name a few, there are abuses enabled by technology, mental health issues, and addiction.

We hope to generate conversations in those viewers’ living rooms because of our unique opportunity to reach over a million viewers every night – just in Australia.

Sadly, Australian women experience a high level of intimate relationship abuse. According to the Australian Bureau of Statistics’ 2016 Personal Safety Survey, one in four Australian women had suffered intimate partner abuse since the age of 15.

According to the script executive, abuse and violence against intimate partners are a “unfortunate reality” in our culture.

We want to use our characters to show those ladies that they are not alone and that aid is available, she says.

It was quite a trying process.
Her writing team started by conducting research before beginning to tackle the delicate subject.

In addition to conducting a “deep dive” into the psychology of both victims and offenders, they also examined how police handled cases, the help that friends may provide, and the resources accessible to victims.

We “[intended to] not only provide a larger exploration of the topic, but possibly offer some answers as to where aid can be found,” says the author.

Before diving into first-person tales, the team first researched online sources, such as 1800RESPECT, NSW Police, Government, and health websites, to give the writers a strong foundation.

The team decided against interviewing domestic violence survivors because they didn’t want to “trigger anyone with personal inquiries about their horrific experience,” according to Louise. Instead, they watched a lot of documentaries and podcasts. 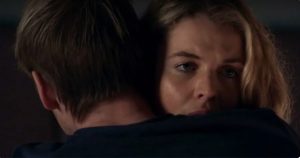 “[Podcasts and videos] allowed us to hear the victims’ voices. I must admit that it was a really trying procedure. Some of the tales were downright horrific.

“Waddled a thin line”
The PG rating for Home and Away, according to Louise, “dictates certain restrictions on the show.”

Bree has been threatened by Jacob on-screen before a view of the incident’s aftermath, such as a cut lip or other injuries, has been shown.

Louise informs us, “We discussed with directors and actors how to walk the narrow line between being authentic and educational and being graphic for the sake of it.

The writing room refrained from “sensationalising” the subject or “glorifying the offender.”

“We sought to stay away from overt on-screen violence. Additionally, it was a realistic portrayal of the subject given that most domestic abuse occurs in secret and without witnesses.

Due to the prevalence of domestic abuse in the area, Seven has taken a proactive approach to providing cast members, crew, and viewers with support.

The network offers “on-screen reference information” during each show that deals with the delicate subject.

Not only should the audience be given the tale, but also resources for additional information and assistance should they require it, according to Louise.

The producers have made sure that a “EAP,” or “Employer Assistance Program,” is accessible for additional support for actors and crew.

Home and Away Spoilers – Rose pulls Alf Stewart over for...