While many people thought that Heather’s (Sofia Nolan) fall from Iandra Castle was actually recorded on location, the programme has acknowledged that it was staged. 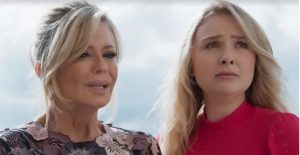 In the video, Emily Symons (Marilyn Chambers) and Sofia are shown strolling over a thin ledge with a blue screen in the background.

This indicates that the rural backdrop was substituted for the blue screen during post-production.

It was entertaining to see, but many fans were disappointed by the revelation.

“What! Not really real, was it? That’s disappointing, to be honest,” one fan commented.

Another person chimed in, “Sorry, I refuse to think it’s not all genuine.

Another fan added, “I feel like I’ve been lied to.

Others found the effort that went into making such an elaborate scenario to be fascinating.

“Home and Away, you’re stepping it up, bloody wonderful! In the past, it was always very obvious when a screen was being utilised, but this and Dean’s accident seemed entirely genuine. Love your work, said the third.

Another person said, “I knew she didn’t fall from the building, but this didn’t look like a green [or blue] screen, this looked real.”

Although most viewers were pleased with how Heather and Marilyn’s storyline ended, some viewers seized the opportunity to criticise the plot.

“I’m sorry, but it was absurd for her to leave and be fine. Nobody could survive such a fall, a spectator remarked.

Another person said, “I do believe it should have been more realistic after Heather’s fall.

A third remarked, “Maz should have just pulled away instead of stepping up with her.” 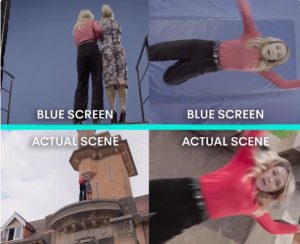 Home and Away spoilers: Felicity is held captive by strangers in...