The star of the Australian soap opera Home and Away, Emily Symons, recently discussed the demise of Neighbours.

When Marilyn Chambers from Home and Away made an appearance on This Morning, host Craig Doyle questioned her about if she and the other cast members could be secretly relieved that they are now the only Australian soap opera broadcast in the UK. 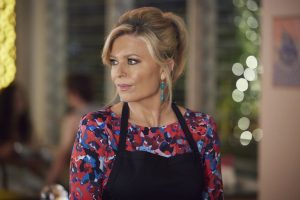 We’re all really sad for our friends and colleagues in Melbourne, she retorted. “No, no, not at all.

She said, “Wasn’t the ending the most gorgeous episode you’ve ever seen?” “Seeing all the old characters return was so amazing and emotional; it was really special.”

The highly anticipated returns of Jason Donovan and Kylie Minogue as Scott and Charlene Robinson marked Neighbours’ final hour-long episode. After all was said and done, Channel 5 received a whopping 4 million viewers for the last programme.

Jason Herbison, the executive producer of Neighbours, recently talked to Digital Spy about if the excitement around the conclusion had given him hope for a possible revival.

Everything is feasible because we’ve always maintained we’re taking a break from the show, Herbison added. “I don’t want anyone to lose their passion for the programme. I hope the fandoms endure and that people keep talking about old characters and plots.

“I genuinely meant what I said in Susan’s monologue about Ramsay Street being endless. Everyone should continue to rejoice in it, including those who have observed us from a distance.

Home and Away spoilers: WHO pays off Mackenzie Booth’s debts?