Home and Away spoilers: New love triangle between Ziggy, Dean and Remi? 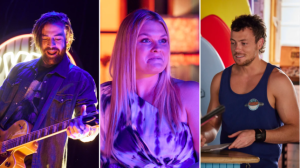 When Felicity (Jacqui Purvis) suggests arranging a band night to reopen Salt, Mackenzie (Emily Weir) is taken aback. She shrugs it off and claims that their clientele is far too affluent to be interested in live music. Felicity, though, makes the point that they need to expand the restaurant’s clientele if they want to make a profit. Felicity is shocked that Mackenzie has agreed to one night only and is eager to start organising.

When Dean (Patrick O’Connor) discovers that his sister is on board with Felicity’s plan, he is impressed. Mackenzie then declares that it is time to trust her co-owner as she plasters Summer Bay with advertisements. The posters anger Lyrik’s band manager Bob (Rob Mallet), who tears one down and tells Felicity it’s beneath them to perform for a friend’s charity in a little coastal town.

But as Bob’s ego starts to wear thin, the band decides to cast a vote. In the end, Bob is defeated because even Kirby, his girlfriend (Angelina Thomson), votes against him. Bob runs off in a rage, telling Lyrik that he would have to perform the gig alone. Kirby pursues him, reminding him of the debt they owe Felicity since she assisted in launching their careers. She asks him if he will do the gig for her if he won’t do it for Felicity. 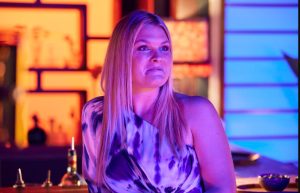 Felicity is starting to break under the pressure in Salt as the band’s assurances that they will perform the gig have been, at best, weak. She is uncertain as to whether the event will go as planned and starts to feel as though she may have taken on too much by buying half of Salt. Despite Tane’s (Ethan Browne) best efforts to console her, Felicity’s condition worsens.

The audience pours in as the performance gets underway, and Ziggy (Sophie Dillman) is dressed to the nines. Dean is one of many who are in awe, though. Ziggy is tearing up the dance floor as the band starts playing, so guitarist Remi (Adam Rowland) leaps off the stage to play a guitar solo for her. Dean observes from the bar, growing envious. Is there trouble looming above us?

Home and Away’s Roo Stewart to receive a wake-up call over...