Home and Away spoilers: Lewis is up to something extremely devastative 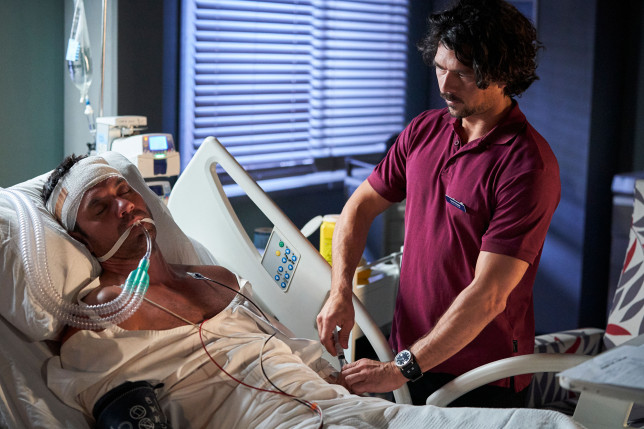 The tension between Christian (Ditch Davey) and Lewis (Luke Arnold) has been slowly increasing since the two began working together at the hospital, and when Christian is reminded of the botched operation he conducted on Lewis’ late wife Anna, he starts to doubt his own judgement.

Christian struggles with his faith after Ari (Rob Kipa-Williams) is admitted to the hospital and put in a coma.

Mia (Anna Samson) doubts if he is the best person for the job after hearing Tori (Penny McNamee) console him, and Jasmine (Sam Frost) tells her she should get a second opinion if she prefers.

After this remark, Tori summons Jasmine to her office, but Jasmine claims it is her responsibility to remind all patients’ families of their rights. As soon as Lewis enters, he tells Tori that as the head of nursing, she should bring any questions to him.

Lewis and Jasmine both believe that Christian has been acting strangely recently, and Lewis claims that Ari should be awake by now. Meanwhile, Christian summons Ari’s family to his room and tells them that his brain activity hasn’t changed, so it’s time to make a decision as a family.

Lewis is in Ari’s ICU unit that night, while Christian examines Ari’s medical files and decides to recommend getting him out of his coma.

He apologises for what he is going to do and has a vial of liquid ready. He then begins injecting Ari with a drug that will put an end to his life…