Theo Poulos may face a fresh problem in the upcoming episode of Home and Away, which airs in the UK.

Theo’s responsibilities to Lyrik quickly grow, and he seems to be at a turning point.

Ziggy Astoni is immediately irritated by this since he doesn’t think Theo can balance his mechanical apprenticeship and Lyrik gigs. 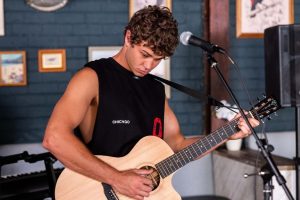 The following week, Lyrik gear up for their first performance with Theo as a band member, but the other members are oblivious of how anxious their new addition is.

Theo tries to get in touch with his girlfriend Chloe Anderson for moral support but is unable. He doesn’t know Chloe has permanently departed Summer Bay despite the Parata family’s continuous conflict with a biker gang.

Theo fears that Chloe hasn’t been in touch, so he is late for the band’s sound check at Salt.

Theo appears to lack professionalism, according to Salt’s co-owner Mackenzie Booth, but Kirby Aramoana is certain he’ll be there. 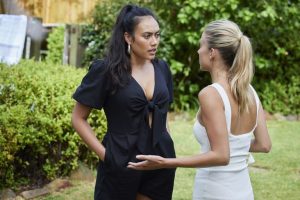 When Theo reappears right before curtain call, Kirby’s prediction comes true, but not everyone in the group is as understanding.

Theo is under pressure to step up his performance, but he succeeds when he manages to excite the crowd.

As Theo performs, Ziggy, who is in the audience, grows angrier because she realises how important the band will eventually be to Theo.

Justin Morgan is strongly questioned by Ziggy about Theo’s ability to balance his apprenticeship and band obligations. 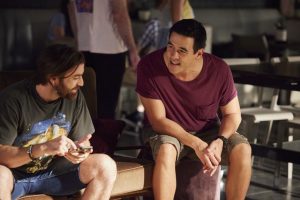 Justin, who is pleased for Theo, at first objects that Leah’s nephew will be able to handle it. Ziggy is doubtful and wants real solutions, not just meaningless assurances.

Dean Thompson, Ziggy’s boyfriend, joins the conversation and reminds Justin that Ziggy took over Theo’s apprenticeship as a favour and that she doesn’t deserve to be treated in this manner.

When Justin subsequently overhears Lyrik talking about tour preparations, he realises that Ziggy is correct about the significant commitment required and makes a promise to treat the matter more seriously.

Could Theo’s TAFE studies fall by the wayside, Justin asks him to sit down for a serious conversation?