Home and Away airs shock shooting in latest Australian episode

There are spoilers for the Australian episode of Home and Away that aired on Monday, August 8, which some UK viewers may want to avoid.

In the most recent Australian instalment of the series, Home and Away cop Cash Newman is left battling for his life.

As the Parata family’s issues with a deadly biker gang came to a climax in dramatic scenes, Cash found himself caught in the crossfire.

Recent Australian television episodes had Tane and Nikau in peril after they were found by the motorcycle gang, who had a vendetta over some money that Ari had once stolen. 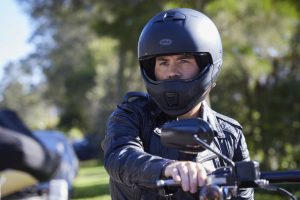 Newcomer Tex Wheeler and the other gang members began attempting to use Tane’s gym as a means of money laundering after demanding payments.

Home and Away made its midseason return to Australian television on Monday after a break for the Commonwealth Games.

Tane confronted the gang at their hideout in the dramatic comeback episode while wearing a wire and working behind the scenes with the police.

Tane pressed the gang for specific information about the money-laundering scheme in the hopes that they would confess. 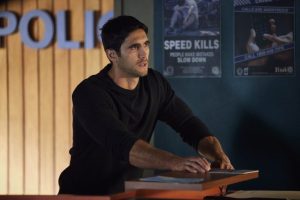 Rose Delaney, a local police officer, and Cash soon joined her in listening from a nearby police van.

When Nikau followed Tane to the gang’s hideout and started acting up, upsetting the gang members, Tane’s efforts were thwarted.

Tane’s risky strategy began to fail, and the police were called to handle the growing emergency.

Gunshots were fired in the subsequent confusion, killing the gang’s leader Marty, while Cash was left wounded on the ground after also taking a bullet.

Will Cash live after being transported to the hospital for emergency care in Tuesday’s episode?

10 upcoming and huge Home and Away spoilers for next week