Former Home and Away and Neighbours star Esther Anderson has given birth to her second child with husband Howard Moggs.

Anderson announced the exciting news in an Instagram post on Friday after she gave birth to the baby boy in the early hours of Wednesday morning. Anderson posted a picture to her Instagram of their new baby swaddled in a blanket.

The baby is named Ralph Harlan Moggs and is little brother to the couple’s first child Forest, who was born in August 2018.. 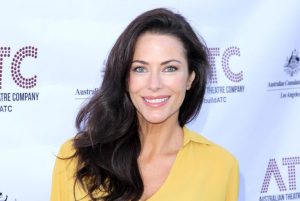 She continued: “He is so incredibly loved by mum, dad and big brother Forest. Words can’t describe how special you are, Ralph! My heart is the fullest. Thank you, darling boy.”

Anderson previously announced that she and her husband, who is an advertising executive, were expecting a baby back in April this year. She posted a photo on social media of her sonogram, writing: “The three of us…. soon to be four!”..

Anderson later posted a series of photos of her family following the birth of their new baby. In the caption, she wrote: “I’m soaking in all the newborn cuddles. Feeling so blessed to have this beautiful time together with Ralph.”

She continued: “Forest went straight into the NICU for a week after his birth and I just remember having to leave him at the hospital (after my standard 2 days in America was up) and us having to drive home without our baby. It was one of the hardest moments I’ve ever had and went against every cell in my body.”

“I’m not taking this time with Ralph for granted for a minute. This birth has been such a healing experience for me and I’m so happy we are all going home together as a family this time round.”

Anderson is best known for playing Charlie Buckton on Home and Away for five years, while she also made a guest appearance as Sian Caton on Neighbours earlier this year.

Share
Facebook
Twitter
Pinterest
Previous article
Home and Away: Heather holds Marilyn and her closest friends hostage – but will the police get there in time to save them?
Next article
Kate Ritchie reveals the surprising reason why she was nervous about becoming a judge on Australia’s Got Talent