Spoilers for Home and Away! The pro blems for colby continues to grow as Jasmine meet a new Friend.

Next week at Home and Away in the UK – in the 2020 season finale, Jasmine has an unwelcome surprise when she visits Colby in jail, while Colby is in a dangerous situation…

Like most of Summer Bay, Jasmine Delaney (Sam Frost) was surprised when her good friend Colby Thorne (Tim Franklin) was arrested for the murder of her stepfather Ross Nixon, but even more so when Colby eventually admitted his guilt, resulting in a 25-year prison term.

Jasmine had already had a very miserable year after her husband Robbo died, a phantom pregnancy, and an obsession with stepdaughter Grace had grown. But after working through several of her problems, Jasmine has started to see light at the end of the tunnel in recent weeks—deciding to follow Tori’s (Penny McNamee’s) footsteps and to become a mother through IVF.

Suddenly, Jasmine started to see Colby in a whole new light, thinking that he would be the ideal fit as a sperm donor. “He’s kind, loyal, responsible and very good looking,” Jasmine said to Irene, who stared at her as if she was off her rocker! 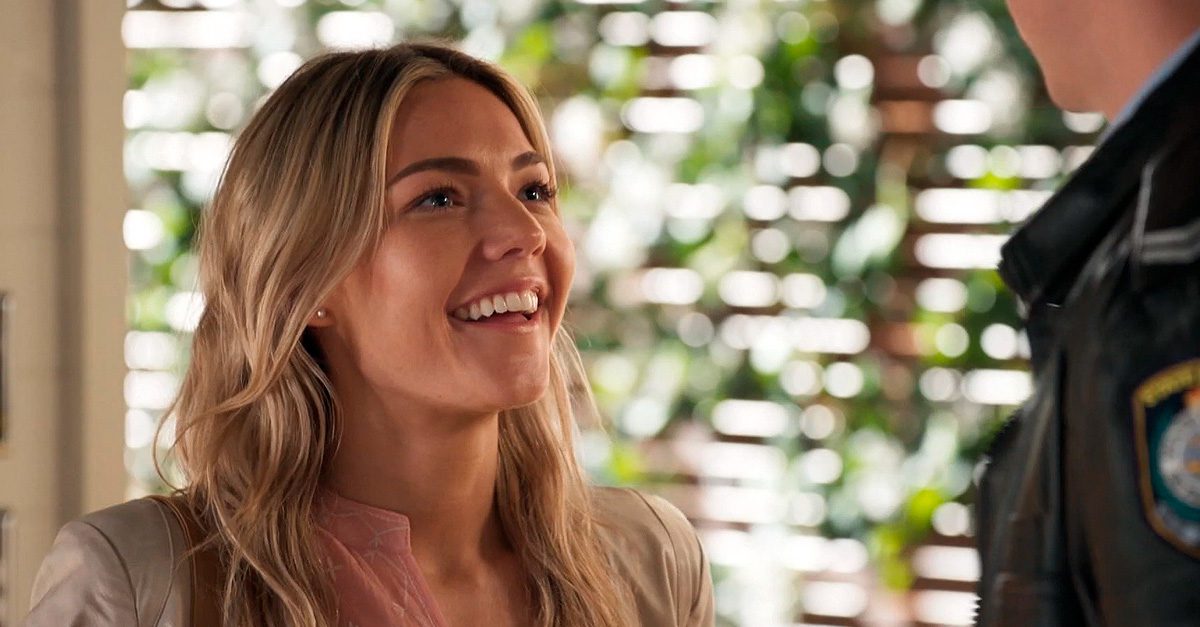 With a renewed love of living, Jasmine approached Colby asking him if she could take him to dinner that night, telling him that she had a proposal for him. Unfortunately for us—as we would have loved to see how she carried that one over their breadsticks—Colby was arrested by Angelo (Luke Jacobz) just a few seconds later.

Jasmine was good enough to put up the gym as security for Colby’s bail (there’s a sweetener if there’s ever been one!), but very understandably felt it was better to wait until things were resolved until the topic was dealt with, not understanding what was going to happen. 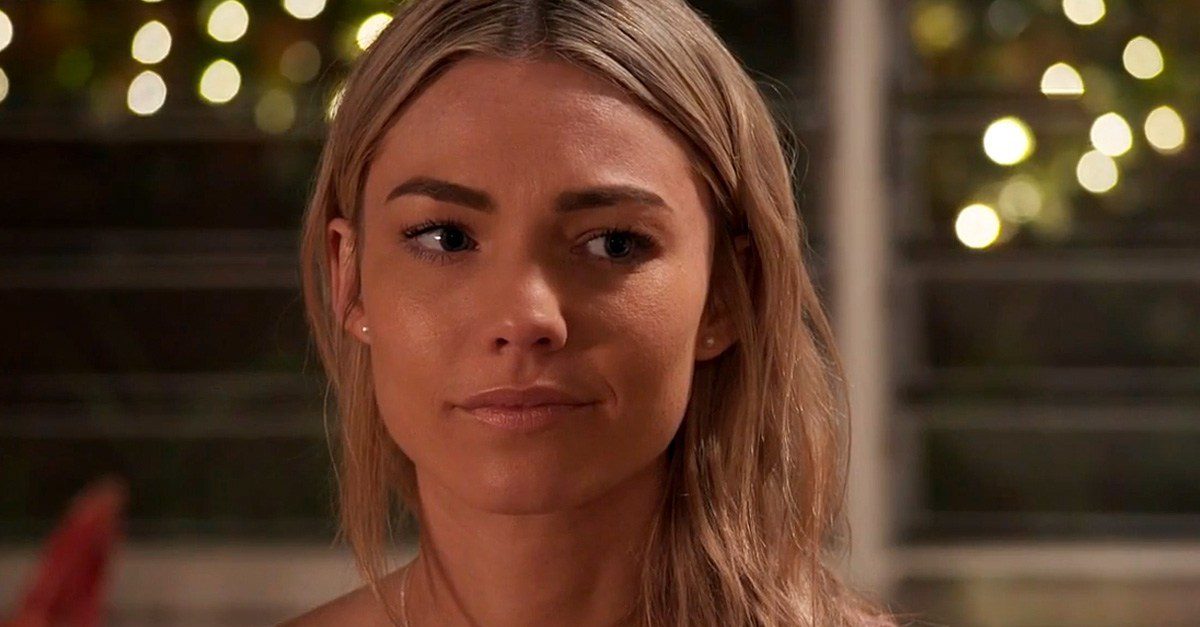 After Colby’s incarceration, Jasmine has been at odds with her relationship with Colby. Speaking to Taylor (Annabelle Stephenson) and Irene this week, Jasmine explains that she doesn’t feel that she knows who Colby is, and she’s not sure whether she should visit him in jail. Irene tells her that while she doesn’t condone what Colby did, no one knows what they’re capable of until they’re pushed hard enough. He’s still Colby at the end of the day. Jasmine feels a pinch of remorse as she agrees to pay him a visit. 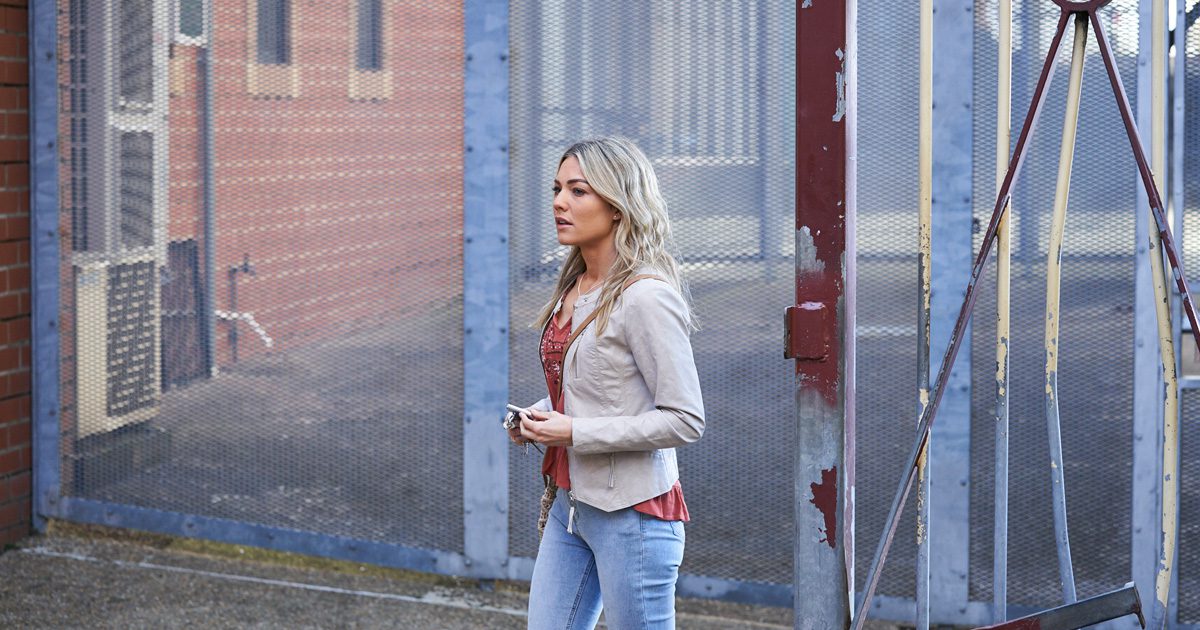 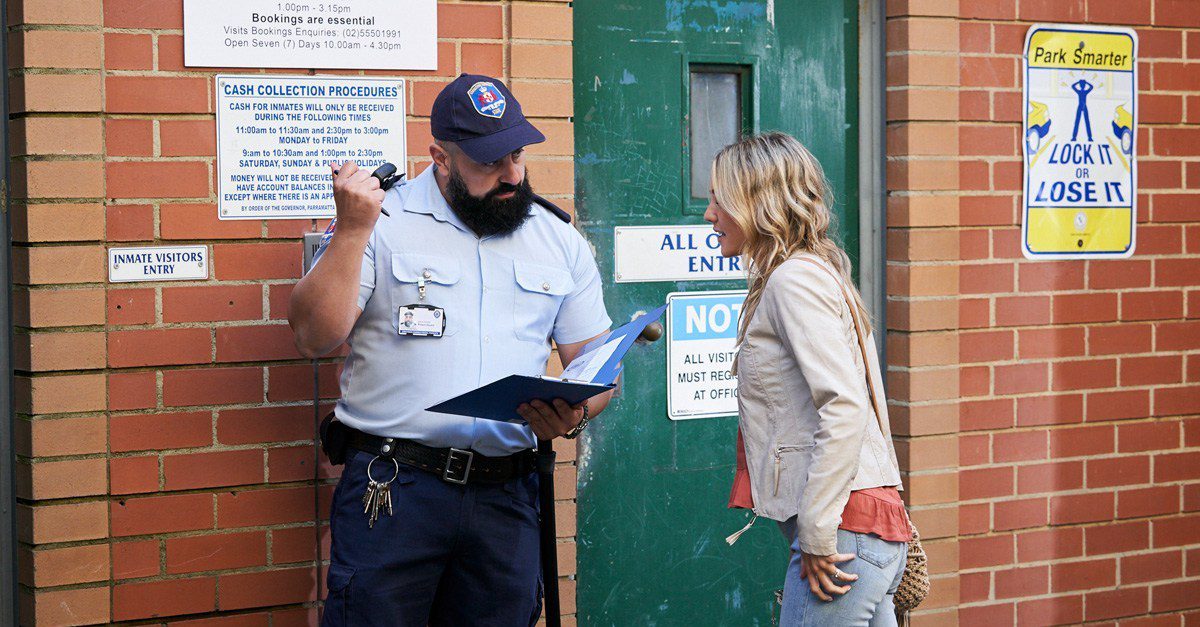 When Jasmine arrives at the prison later in the week, a familiar voice calls her name as she enters the prison. 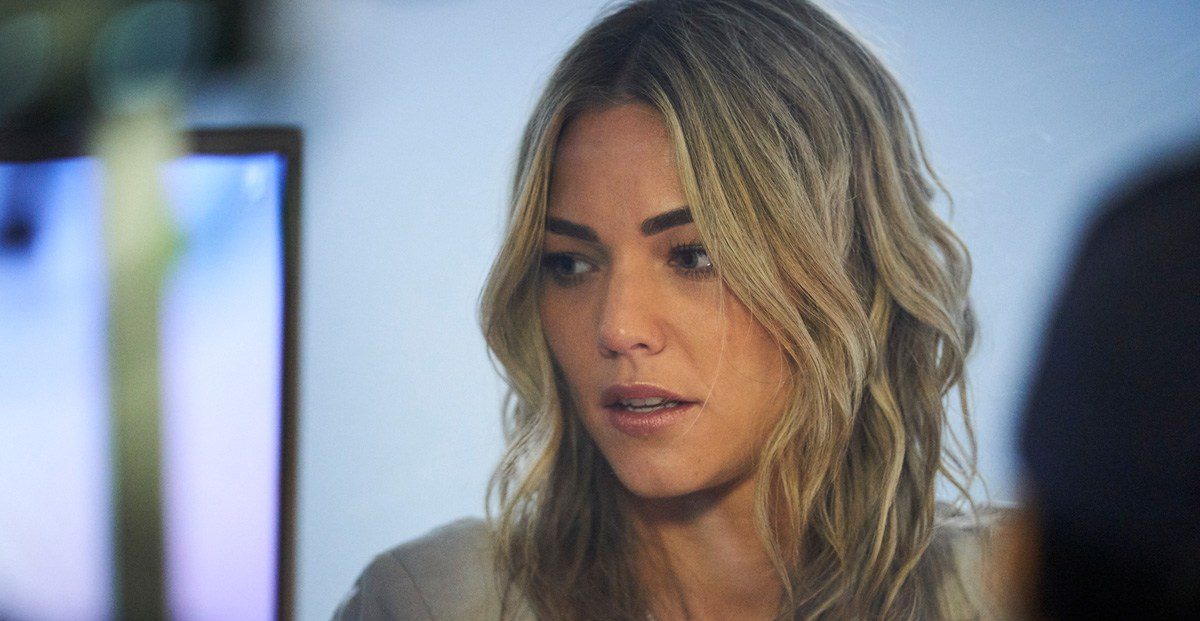 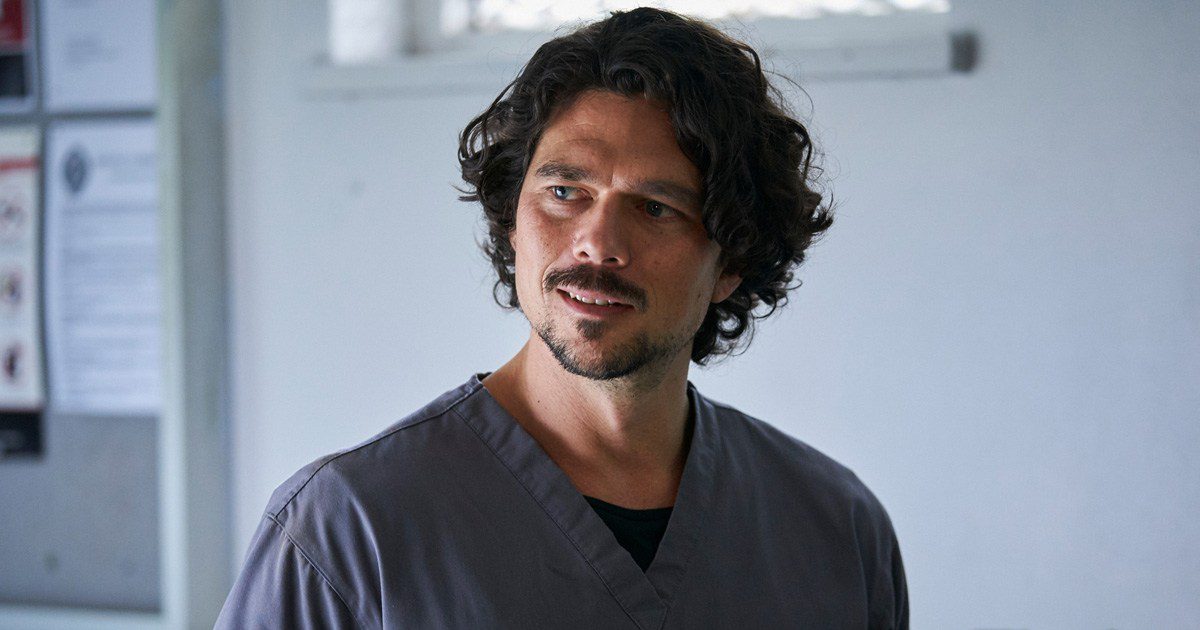 Moving around, Jasmine finds herself face-to-face with Lewis Hayes (Luke Arnold), her old uni pal. As they greet each other, Lewis reveals that he’s an agency nurse working in the prison infirmary, and Jasmine informs him that she’s here to see a friend. 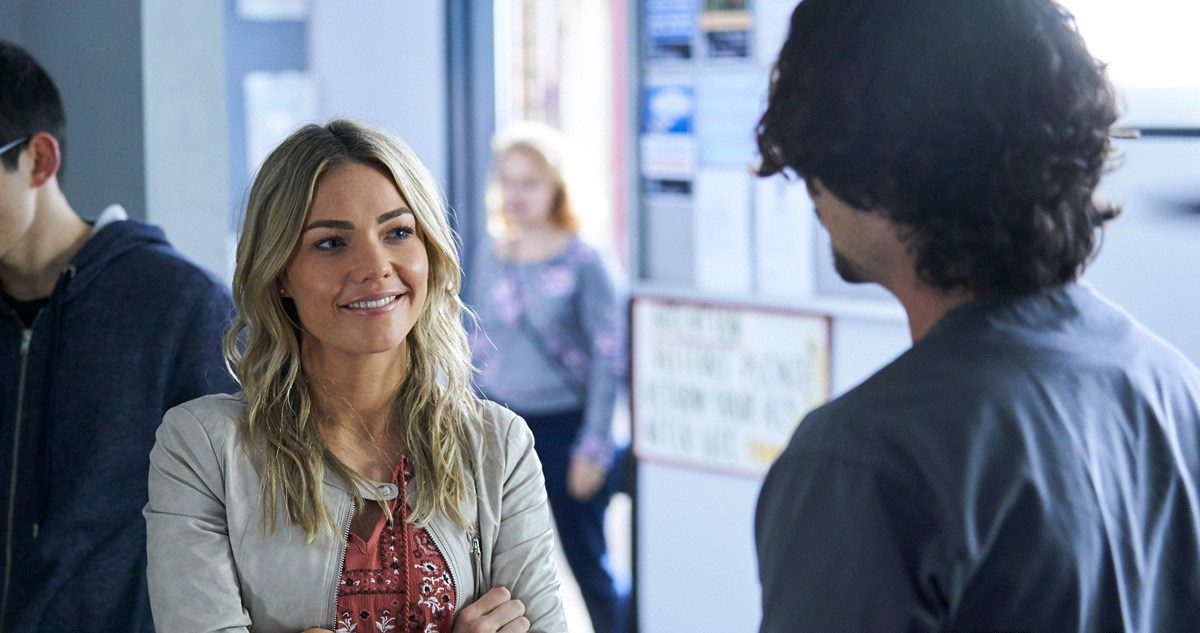 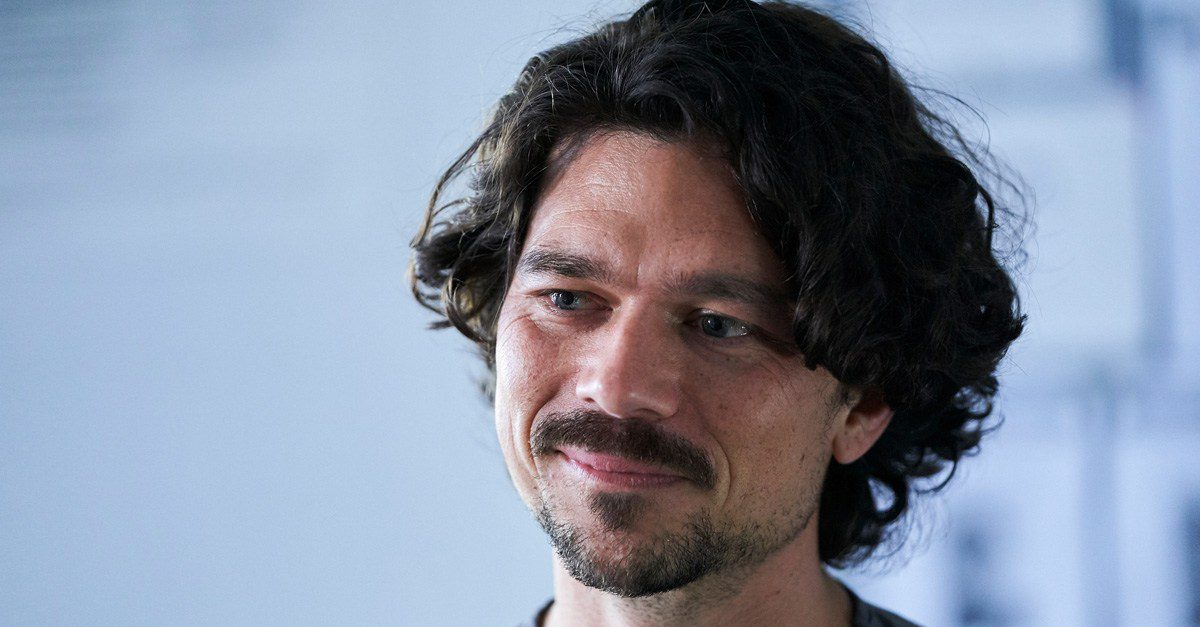 As Jasmine is called in, Lewis asks if she wants to get some coffee. Jasmine says she’d love to do so.

Colby is stoked, though shocked, to see her, and hastens to apologize. On his deathbed, he told Robbo that he will look out for Jasmine, but he can’t do that now. He feels like he’s going to let her down. 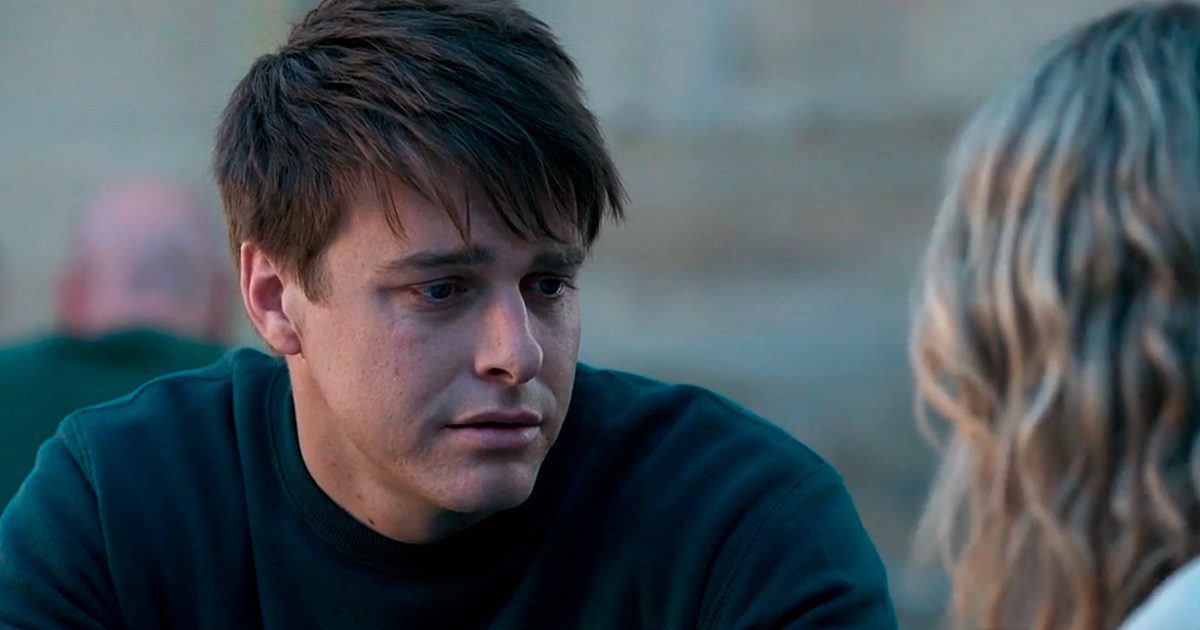 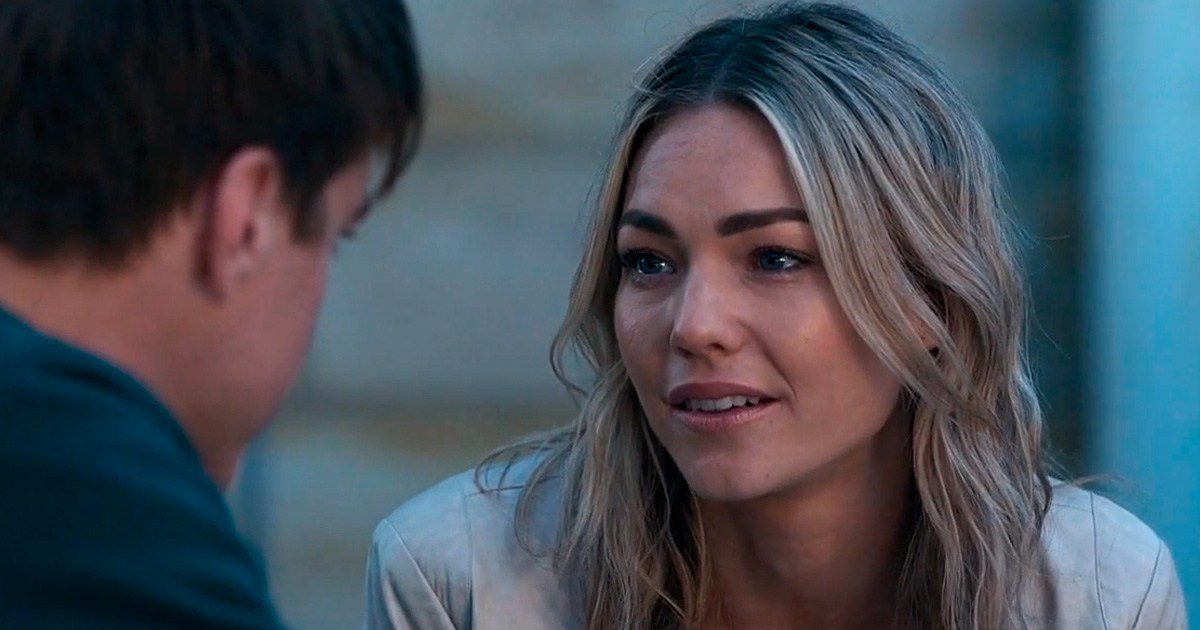 The mood lightens, and Jasmine sees that Colby appears to be in good spirits, almost back to his old self, as time is called to visit. She’s promising to come here.

As she goes out, she runs into Lewis again—got he’s some coffee out of the machine, according to their plans! He also remembered how much she loved it. Unfortunately, it’s a disappointment, but with Lewis getting a free afternoon, they’re able to hang out. 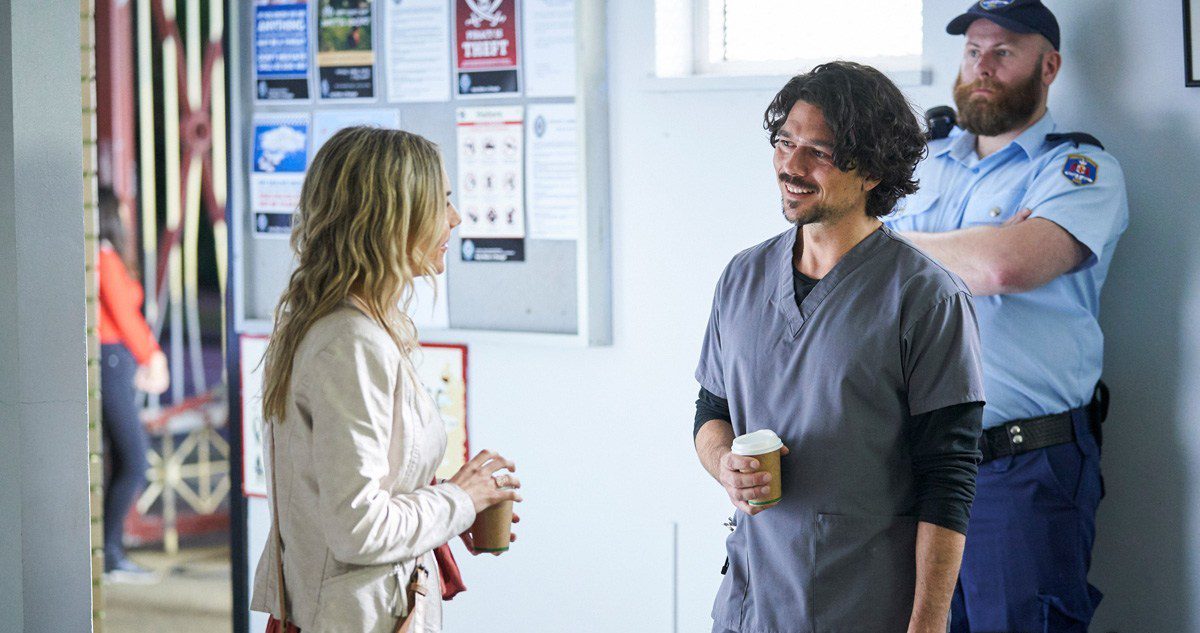 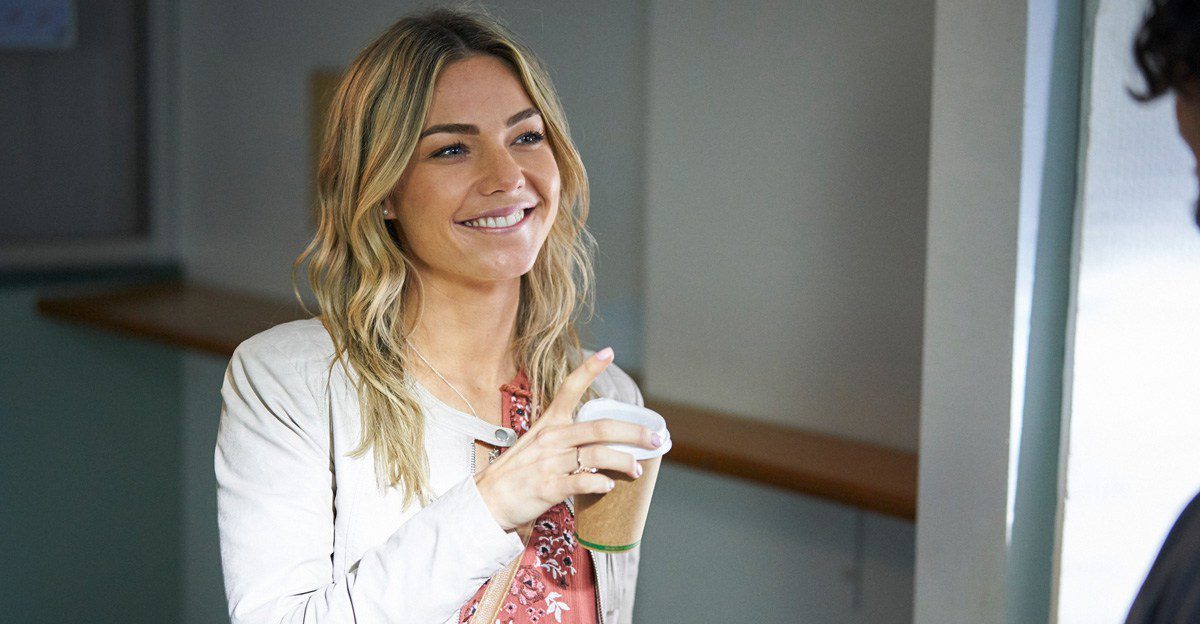 The two of them were dreaming about the old days that evening about a drink in Salt. Lewis sees Jasmine’s wedding ring and jokes that he felt he’d had a second chance for a minute. She tells him that they just hooked up once before Lewis fell to Anna, a friend of Jasmine’s. Unfortunately, it turns out that Anna died in a car crash, as Jasmine relates that the same thing happened to her. They make a toast for themselves, the survivors. 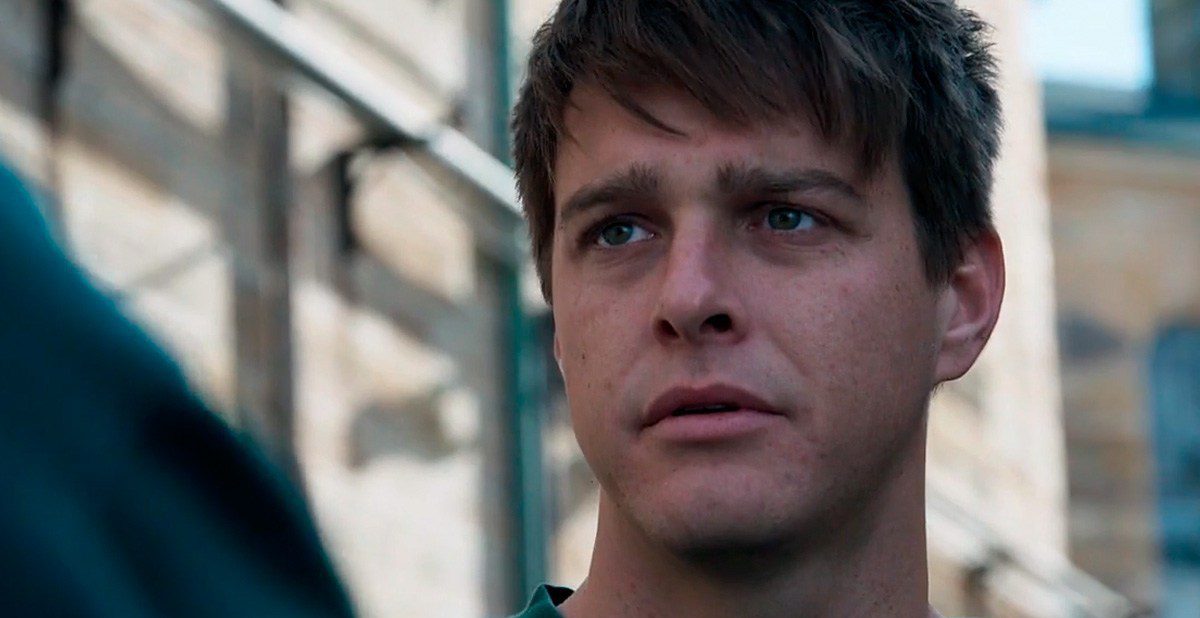 The next day, despite Colby trying to keep his head down, he was surrounded by a group of prisoners when he stepped into the exercise yard. The ringleader, Joe (Shaun Anthony Robinson), asks Colby if he thinks he’s going to get away with it, “Constable Thorne.” 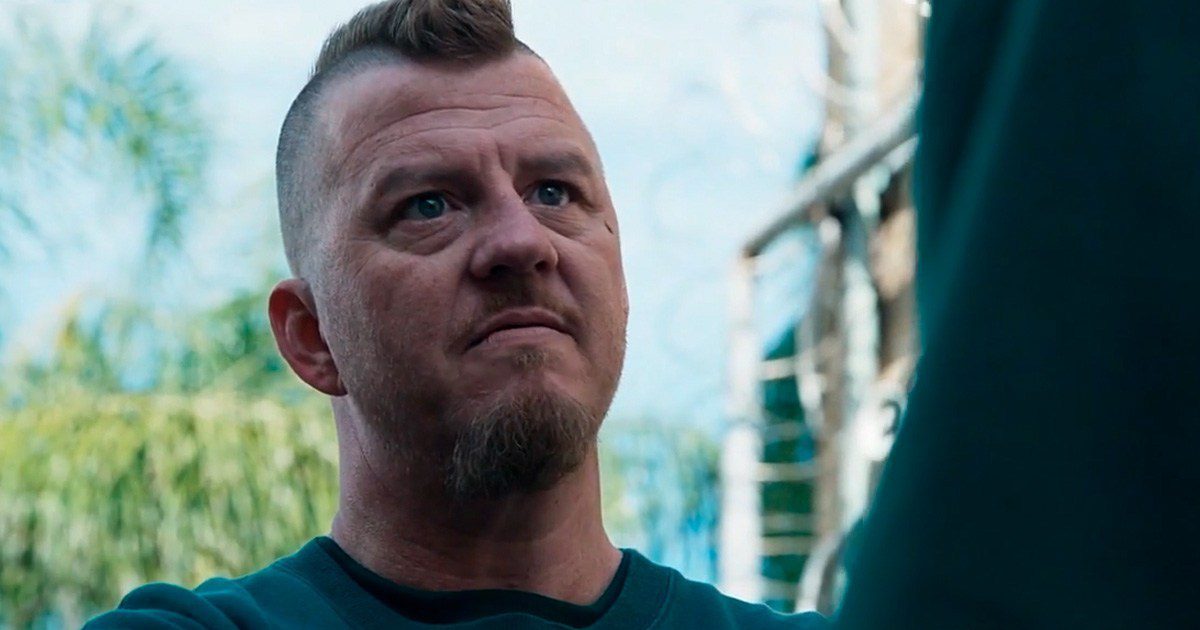 As the 2020 season comes to a close, the pack is going down and Colby is obviously in extreme danger.

Summer Bay’s newcomer Luke Arnold is perhaps best known for his Logie-winning role as Michael Hutchence in the INXS mini-series: Never Break Us Apart, as well as the portrayal of Long John Silver in the four seasons of the Black Sails series. 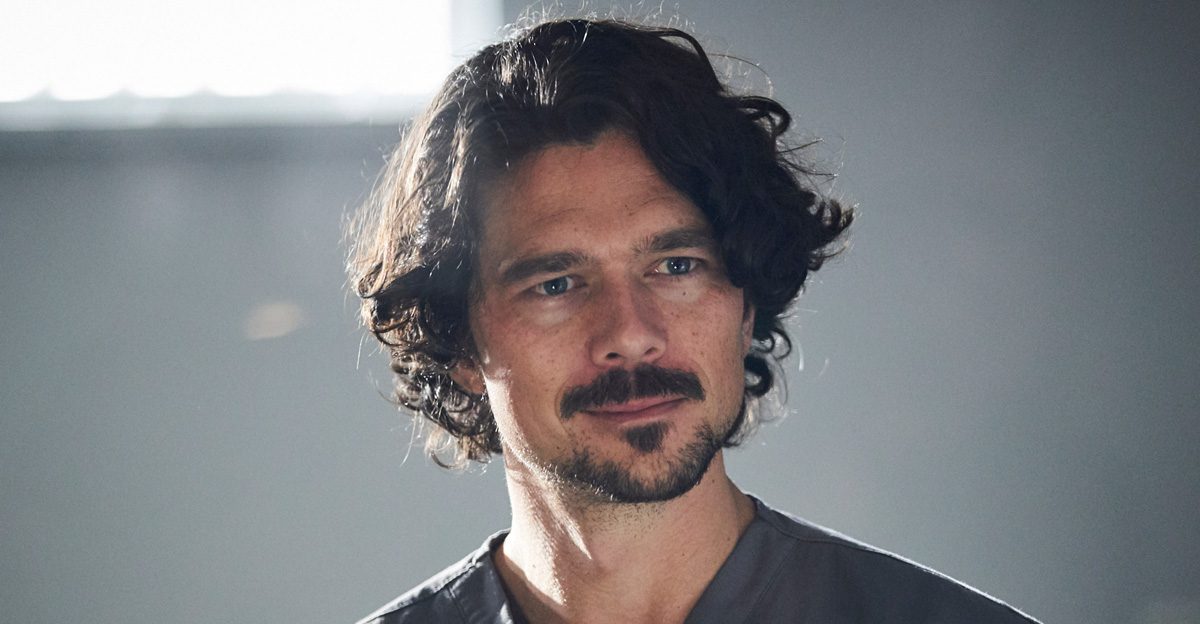 Since his role as a nurse is very different from his previous roles, Luke credits the production team with maintaining the authenticity of his character.

“I’m really lucky that Home and Away has trained nurses on the set and in the writers’ room, helping me to make Lewis look as authentic and accomplished as a nurse as possible – even on a fast-shooting schedule,” Luke told WHO magazine. “When it comes to making Jasmine and Lewis look relaxed with each other, no planning was required. Sam is making the work a breeze.”

Share
Facebook
Twitter
Pinterest
Previous articleFamous Home And Away characters from the early days of the show and what happened to them
Next articleComing up next on the Show! ziggy and Tane take another step forward in thier relation and much more

Steve Peacocke revealed the shocking reasons behind his decision to NEVER...