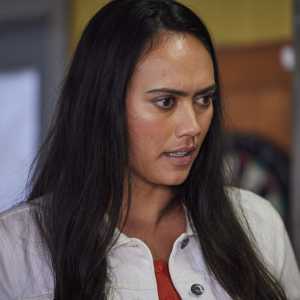 Next week, additional relationship conflict between Kirby Aramoana and Theo Poulos from Home and Away will be shown on UK television.

After successfully getting rid of Bob Forsyth once more, the couple appears to be in a committed relationship, but as Theo struggles with his many obligations, further issues arise.

Following her success in getting her intrusive ex-boyfriend Bob to leave Summer Bay, Kirby will be seen enjoying her time with Theo in upcoming Channel 5 scenes.

Unfortunately, Theo is putting too much emphasis on his love and ignoring his education. These time management issues are being exacerbated by his obligations as the lead singer of Lyrik.

Theo intentionally begins to put off completing his TAFE projects, which only makes the issue worse.

Theo is persuaded to teach Marilyn Chambers the game because Summer Bay will soon host a charity golf competition.

Theo eventually begins to panic when he learns that one TAFE assignment is due the next day, even though he thought he had another week to finish it.

As emotional support, Kirby brings some goodies to the garage, but a frazzled Theo bites her head off. Kirby is dissatisfied by his out of the ordinary roughness. 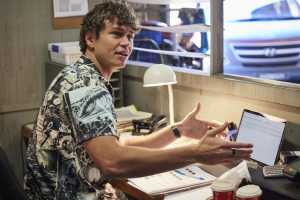 Theo quickly regrets his actions, but Kirby leaves in a rage.

Their tension is noticed by Theo’s aunt Leah Patterson and her partner Justin Morgan, who encourage Theo to make amends. 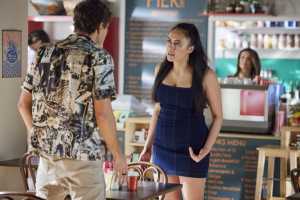 Ziggy Astoni, Theo’s mentor, kindly offers to assist him in doing an all-nighter to complete the homework.

Can Theo resume his academic excellence and win Kirby’s approval?

Home and Away casts former Neighbours star Jacqui Purvis . Is...