Bree Cameron from Home and Away will reveal her relationship status to Remi in episodes that start airing the following week on October 24.

After a terrible attack sends Remi to the hospital, he will get to spend more time with the doctor, who he has been fawning over since she arrived in Summer Bay.

He takes immense pleasure in her presence, even imagining himself in heaven at one point. However, when he has a seizure, things rapidly deteriorate.

John shows up at the hospital to wish Remi well despite their strained relationship, returning his guitar in the process. 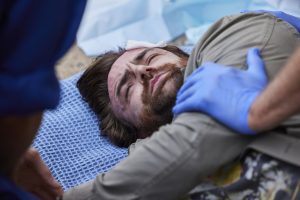 Remi benefits from being able to play some music for the patients, which is helpful. He even gets Bree to grin, who after initially being hostile, seems to be warming up to him.

Remi wonders why Bree is being so direct with him as the two are able to find some privacy. He receives a response, and it’s safe to say that he is not pleased.

Bree admits to being wed, having already exchanged vows with her high school sweetheart, Jacob.

His absence is justified by the fact that he works as a mechanic and must frequently fly to and from the mines. 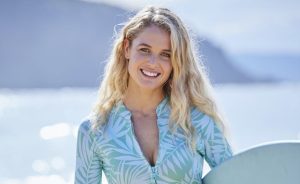 Remi is at first enraged with Bree and wonders why it took her so long to inform him of the news, especially after he made such a significant gesture at the hospital.

After some awkwardness, the two decide to stay friends, with Remi referring to Jacob as “a lucky man.”

But instead of becoming discouraged by the rejection, he moves on to courting another nurse. He has changed, or is this just a coping mechanism?