Home and Away spoilers: Tane is kidnapped by a gang of bikers 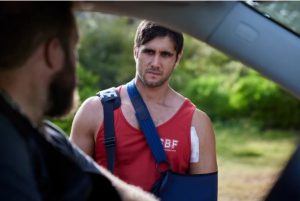 Following a threat that was made anonymously, Tane (Ethan Browne) has been increasingly concerned for the safety of his family. Nikau (Kawakawa Fox-Reo) questions his uncle about why he’s acting so guardedly as soon as he observes a difference in his behaviour. Tane denies the reality and claims there was an intruder nearby because he is worried. Nikau, though, is unconvinced because he didn’t hear anything like that.

Tane maintains that everyone needs to lock the door everytime they arrive and leave, despite Nikau’s dismissal. He surreptitiously sets up a meeting with the bikers in the interim. Later, Felicity (Jacqui Purvis) also observes Tane acting suspiciously, although she is unsure of the reason for it. When they start talking, Tane is so preoccupied that he hardly notices that Tex (Lucas Linehan) is asking him a lot of questions about his personal life.

Marty (Ben Wood) informs Tex that he wants Tane to continue perspiring at the motorcycle headquarters. Prior to the negotiation, they are setting him up to be terrified. They will have the highest odds of receiving their money back if they do that. Tane is instructed to put a sack over his head and is then thrown into the back of a van when he arrives at the designated hidden spot to meet them.

When they get to headquarters, Tane is exposed and one of the first people he meets is Tex. He quickly realises the “friendly handyman” is more than just the earlier-mentioned interested gym patron. Tane is coerced into a chair by the other bikers, who tell him it’s time for a “little conversation.” Once Marty starts the chat, things take a darker turn. 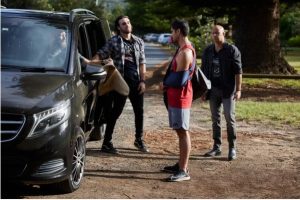 Marty informs Tane that Ari (Rob Kipa-Williams), his brother, stole a large sum of money from him, and it is obvious that the money was used to purchase the gym. Marty threatens to bring Chloe (Sam Barrett) in, but Tane plays stupid. Tane gives in when Marty sets out his demands because he fears for the safety of his family. Tane is obligated to repay the $150,000 with interest. Tane claims he doesn’t have the money, but the bikers reassure him that he will figure something out.