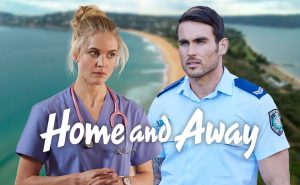 Next week on Home and Away in the UK, the new resident doctor in Summer Bay is thrown into the fire when Cash gets hurt while on duty.

Tane (Ethan Browne), who has located the headquarters of the bikie group requiring him to use the gym as a means of money laundering, enters the lion’s den as this week comes to an end.

After speaking with policewoman Rose (Kirsty Marillier), who had forewarned him of the risks, Tane said that he would go to any lengths to put an end to the tale.

As their henchman takes Tane inside the compound in the waning moments of the week, Leader Marty (Ben Wood) and his sidekick Tex (Lucas Linehan) are a little taken aback by the unexpected arrival. 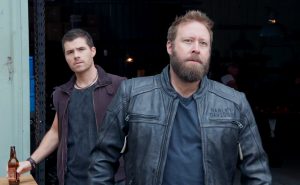 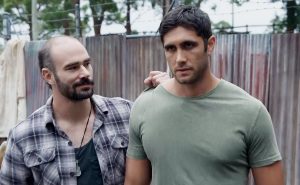 Next week, when the action picks back up, Nikau (Kawakawa Fox-Reo) is frantically looking for Tane.

Nik has already expressed his displeasure with Tane for complying with the demands of the bikies, especially after Tane sent Chloe (Sam Barrett) to New Zealand and Nik broke up with Bella (Courtney Miller) for her safety. Now, both he and Tane’s girlfriend Felicity (Jacqui Purvis), who is trying to contact him, are becoming anxious.

Despite the fact that Nik is aware that Tane has already communicated with Rose, Flick suggests calling the police. However, it appears the choice is about to be made for her when Cash (Nicholas Cartwright), escorted by another officer, enters the surf club. 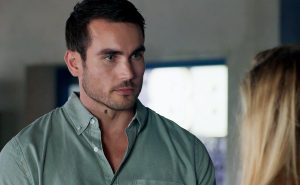 Flick is eager to catch up with Cash, who has just returned from a trip to Jasmine (Sam Frost), who recently rejected him after electing to stay at the Shaws’ property, but this call is obviously not a social one. What’s going on? When Flick pushes Cash away after he demands that she accompany him to the station, he immediately arrests her for assaulting a police officer. 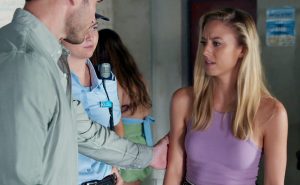 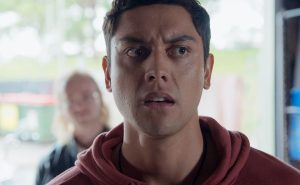 As soon as she is put in a cell, Flick realises that something significant is happening and that she is there for her own safety, but Cash is in a hurry to leave the police station and doesn’t have time to explain.

Tane was located at the headquarters of the bikies thanks to Nik’s usage of the “find my phone” feature, and when the heavies dragged him inside to meet Marty and Tane, it created quite a commotion. 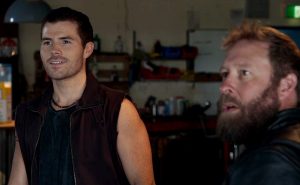 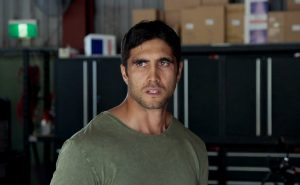 Nik is watching out for his uncle, but Tane, who is getting frustrated, has to act quickly to get his uncle to line up in front of Marty. Tane is actually wearing a wire, and numerous police cars are stationed nearby to listen in… Nik is unaware of this. He entered an undercover operation right away, and he could definitely mess it up!

While Cash explains that Jasmine isn’t returning home, he’s determined to merely concentrate on the task at hand, which surprises Rose as she listens in from the surveillance van. 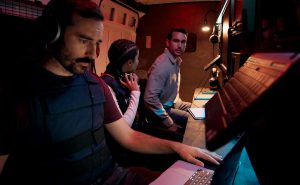 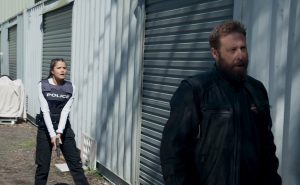 After initially raising suspicion with his inquiries, Tane eventually persuades Marty to reveal the entire scheme he has for exploiting the gym as a means of money laundering. Now that the cops have all they require, the units are dispatched.

Cash runs out the van without his bulletproof vest as Rose yells after him, but in the heat of the moment, he ignores her warning. When the police surround the bikers, it’s chaos. Despite their attempts to flee, the cops are able to capture them. Tane and Nik are also taken into custody as part of the bust because they had to maintain the pretence in front of the bikers. 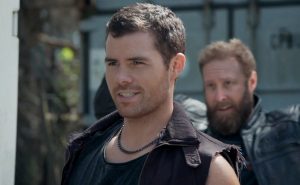 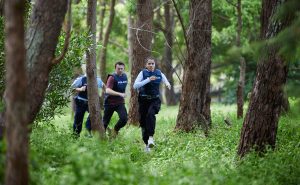 When Tex jumps out in front of Rose as she pursues Marty, she becomes momentarily sidetracked. Marty flees as she commands Tex to go on the ground, and Cash follows closely behind.

Forced to arrest the guy who, until today, had been her boyfriend, Rose suddenly hears gunfire ring out from the forest. 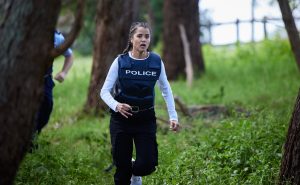 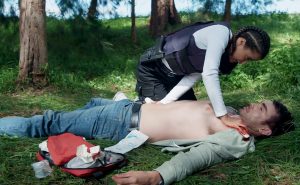 Rushing to the scene, Rose and the other police discover a dead Marty nearby and Cash bleeding out on the ground after being shot twice.

While they wait for the paramedics, a frantic Rose tries to stop the bleeding and keep Cash awake.

A terrified Rose watches as Xander (Luke Van Os) and his team transport Cash to the hospital while fighting to save him as he suffers a heart arrest en route when they eventually arrive. 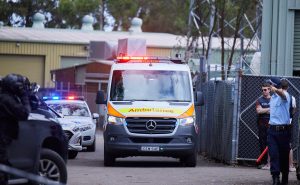 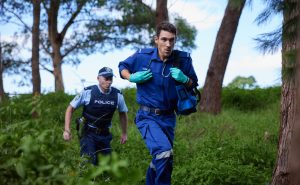 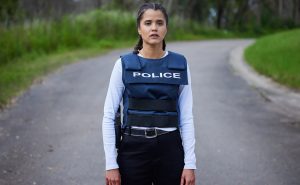 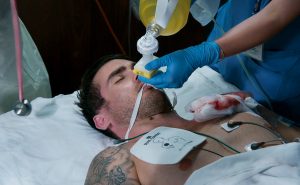 Dr. Cameron (Juliet Godwin), who is now in charge at the emergency room, tries to calm Flick as soon as she arrives after being escorted to Cash and released from the police station.

Bree tells Flick that her brother is going into surgery right now as she attempts to stabilise Cash, but she must caution her that it’s touch and go.

Will Cash be successful? 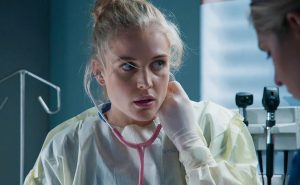 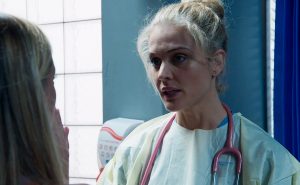 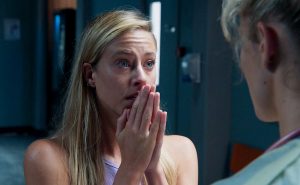 Remember Home and Away’s Brax? His life after Summer Bay, from...