Ben Wood, 43, a star of Home and Away, has struggled with his on-screen character Marty, but in real life, he is the complete opposite.

The motorcycle gang in Summer Bay, led by Marty, is out for the Parata family’s blood since Ari (Rob Kipa-Williams) stole a large quantity of money from them during an armed robbery ten years prior.

The group warned him that he would have to pay interest on the money owing to them, but instead they chose to exploit Tane’s gym as a means of money laundering, and Tane is now working to expose their shady business practises. 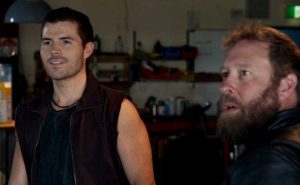 Cash (Nicholas Cartwright) and the cops barged into the compound as Tane tried to expose them in a stake-out, chasing after Marty on foot.

The two got into a shootout, and when Marty shot Cash, Cash shot Marty back, killing Marty in the process. 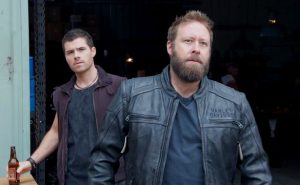 Ben Wood’s amazing career has grown over the years, and he has acting credits dating back to 2004 on the short film Hold It!

His most recent TV appearance, despite working in numerous short films and TV programmes, was Marty on Home and Away.

The actor is well-versed in the television industry and has a long list of acting credentials. His career is also steadily growing. 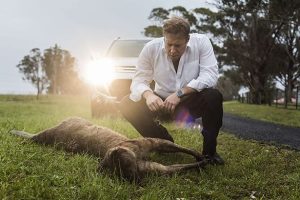 Ben, who is well-known for his work on television, is also a sports event manager for Great Big Events, which is a “strategic and creative agency partner.”

The events company is described as creating “meaningful relationships via Sport Presentation and Fan Engagement” on the website.

At the Australian Event Awards, the company earned the title of Event Management Company of the Year, which is an impressive victory.

Additionally, he serves as the Wallabies’ sports announcer and MC in Sydney, Australia.

In addition to his acting profession, Ben also works as a voice actor. 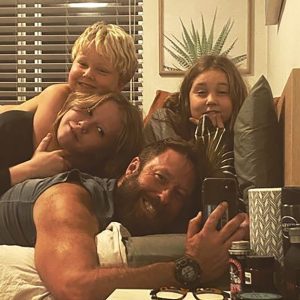 Ben rarely posts images or remarks about his loved ones, keeping his family life very private.

However, he has acknowledged that he is a father of three, and the actor can be seen posing with his three kids in a mirror photo in his social media profile picture.

He posted a picture of himself with his children and encouraged his supporters to “hold your infants or loved ones tight” and to “give love and take love when it’s provided.”

Ben has two short films listed on his IMDB that will be published soon after production in 2022 when he closes up his time on Home and Away.