Home and Away: Leah can’t see a “future” for her and Justin anymore

Leah should dump Justin if the waves don’t.

Leah can’t see a “future” for herself and Justin anymore, which is ironic given that he drowns in the surf as she stands there watching.

This is good news, because Leah is a much better performer than Justin.

He just mopes around, sometimes grunting to communicate, and that was until Susie, the real estate agent, conned him out of $90,000.

Anyway, Justin is irritated because he is slaving away at the garage while Leah is at the Surf Club assisting Alf and John with the books and not at work earning money.

When Justin walks into the Surf Club, he is dishevelled and accuses Leah of not doing enough.

“One of us also has to make sure we pay our bills,” Justin says, almost passive-aggressively.

We’ve been told that the money the Surf Club had prior to the Susie situation is still there, but the donations are gone, which means that funding the surf competition would be difficult.

It appears that cancelling the competition is not a choice. Dean also possibly needs affirmation that he’s a good father because he’s a good surfer.

Back to Justin, who must have concluded that he hasn’t had enough of arguing with his girlfriend and has left work once again to air his grievances in public. 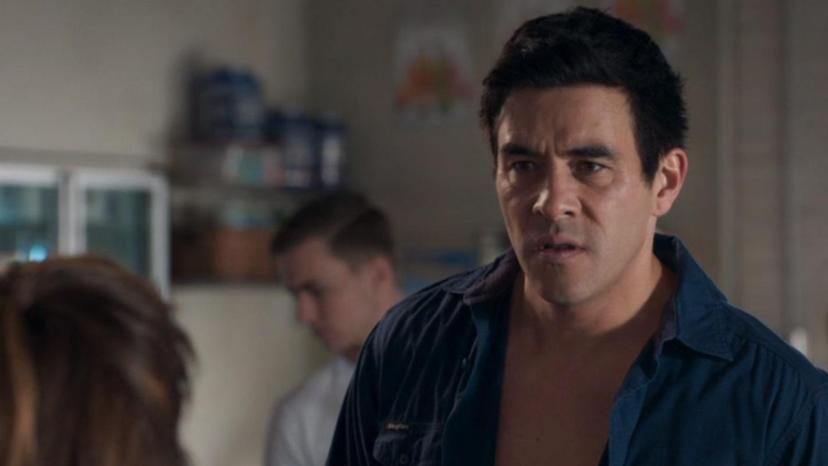 “You came in here looking for a fight, and I won’t give it to you,” Leah says.

Justin picks up the phone and screams at the cops.

I’m sure you’re all aware that the police in Summer Bay do nothing except when a cop character appears.

Consider the diner robbery from last year, which went uninvestigated, and Tane’s dumped vehicle, which Nikau inadvertently stole in a hurried moment.

Susie would never be identified, even if she had a 20-minute head start.

He claims that the future they created together is gone, but the sentiment is heard, and he meets up with Leah at Salt to talk it out.

They accept that they should no longer play the “victim” card and that they must move on because the money will not be returned. 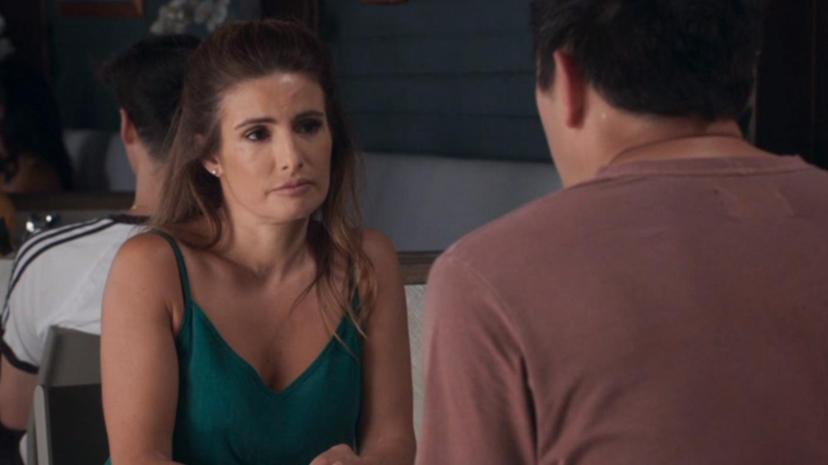 When John steps in, however, the reconciliation is disrupted.

Justin rises to his feet and blasts John, claiming that he brought Susie into their lives and that he is merely a convenient scapegoat.

As Justin asks Leah who they should blame, he is enraged.

Justin nags her to finish her sentence, and she says she blames him for everything because he pushed them so hard to get a loan when all the banks said no.

Justin dashes to the water, grabs a stray surfboard, and storms out.

Leah chases him down. With her hands on her hips, she lies ashore.

Then, seemingly out of nowhere, a massive wave crashes down on Justin. He comes to the surface for a brief moment before being sucked back under by the ocean.

Meanwhile, John expresses his regret to Irene and Maz.

I just started watching last year, so I have no idea what it’s like to be worse off than someone who pretends to love you and steals all of your money.

There’s also trouble at the Parata home, which is a poolside paradise.

“All the way to the city for a cocktail,” Ryder and Chloe want to go. I’m all for it.

Nikau and Bella, on the other hand, aren’t so keen. Since she can’t get some alone time with Nik, Bella mopes around for the rest of the day, moaning about the loved-up couple.

It doesn’t make sense because they’ve been hanging out together since Chloe arrived.

They’re all in the water when Bella decides it’s “too much.”

Bella explains, “I’m not used to large families or being around people.”

Bella lived with Ziggy, Dean, and Colby until a few weeks ago, so this makes no sense.

“I’m not sure where I belong,” she admits.

Nikau is all adorable and cuddles up to Bella, telling her that she “fits with me.”

Share
Facebook
Twitter
Pinterest
Previous article
Home and Away 7528 WED 7th April 2021 HD Episode
Next article
Kate Ritchie, star of Home and Away, reveals the difficulties she encountered when she decided to leave the soap

Tammin Sursok steps out with her parents on Sydney’s Northern Beaches...