Why was Neighbours cancelled and will it ever return? 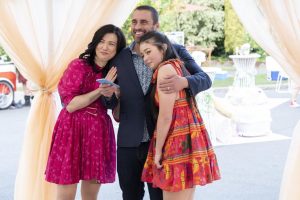 When it was revealed that Neighbours would end its 37-year run on television, it was a sad day in the soap opera world.

On social media, viewers and former and current Neighbours cast members expressed their sorrow about the impending end of Australia’s longest-running soap series. 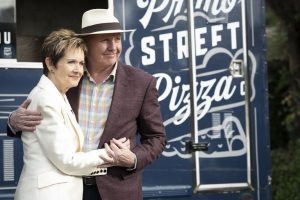 Neighbours superfan “Edward Skylover” started a campaign to save the show.

More than 71,500 people signed the petition, and stars including Holly Willoughby, the host of This Morning, supported it. Barry Crocker’s rendition of the Neighbours theme quickly returned to the top of the iTunes chart.

Sadly, the judgement was irrevocable, and our favourite Ramsay Street folks had no chance.

Neighbours has been produced in major part by Channel 5 since the show’s debut in 2008, the broadcaster noted in a statement.

“After this summer, Channel 5 will no longer carry episodes of Neighbours. We would like to congratulate the cast, Fremantle, and the entire production crew for their excellent work on this landmark series, which has been a much-loved component of our schedule for more than ten years.

“Of course, we’d also like to thank the viewers for their enduring support of Neighbours. Although we are aware that this choice will cause disappointment, our present priority is to increase our investment in original UK drama, which is very popular with our audience. 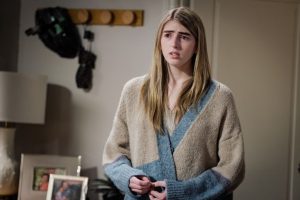 When Channel 10 moved Neighbours to their digital channel Eleven (later renamed 10 Peach) in 2011, Australian viewership ratings for the show started to fall.

However, Neighbours kept a devoted audience in the UK, with some 1.5 million viewers tuning in daily.

As a result, it came as quite a shock when Channel 5 chose to cancel Neighbours, especially given that less watched shows like rival Australian soap opera Home and Away continue to air.

But ultimately, it was a financial choice. 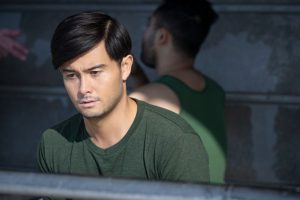 Like BBC One before them, who first aired Neighbours, Channel 5 annually paid a sizable sum of money to Fremantle in Australia to support the show’s development.

Renting the studios in Nunawading, Melbourne, paying Pin Oak Court residents—the real-life Ramsay Street!—to film outside their homes once a week, and paying cast and crew salaries were among the expenses. 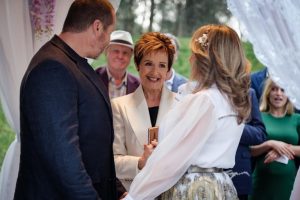 Greg Barnett, the commissioning editor at Channel 5, explained in an exclusive interview with Digital Spy:

“The show had been losing Channel 5 a sizable sum of money every year since the broadcaster purchased it, as was noted in the news, and it had become a serious issue. The company couldn’t keep losing money.”

Ben Frow, the controller of Channel 5, ultimately decided to concentrate more on creating UK drama shows, such as All Creatures Great And Small.

He told Radio Times, “I can spend the Neighbours money better on UK shows.”

Could the people who lived on Ramsay Street come back? 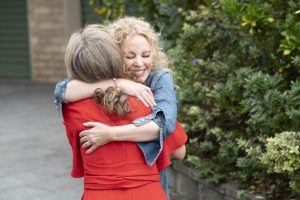 The reboot of Neighbours is not currently in the works.

All the main characters had happy endings in the series finale, which aired in prime time in July, so anything is conceivable in the future.

Executive producer Jason Herbison told The Sydney Morning Herald that it “does leave the door wide open, because who knows what will happen down the way.” “It was crucial to me as well that the audience would feel as though life is still going on on Ramsay Street.”

When Neighbours: The Farewell Tour comes to UK theatres the following year, fans will have the opportunity to commemorate the 38th anniversary of the soap opera.

How will the Neighbours studios fare? 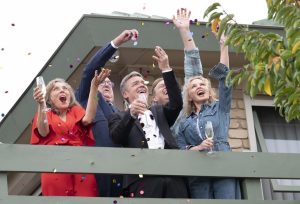 Up until the end of this year, production company Fremantle still holds a lease on the studios, which house both the indoor sets and the outdoor Lassiters complex.

The studio has been utilised to film some scenes for the upcoming psychological thriller series Riptide on Channel 5 since Neighbours’ production was concluded.

It concerns Alison, a British woman, whose husband allegedly drowned while surfing.

However, might there be more to his disappearance than first appears?

Jason Herbison, who previously wrote the previous successful mystery drama on Channel 5, Lie To Me, along with EastEnders actor Charlie Brooks, is the creator of the four-part series.

The best Australian and British casts and crews will be working together, and Jason is excited for the public to see what we have in store.

Neighbours spoilers: Nicolette Stone is BANNED from the wedding!