Spoiler Alert! Jasmine find out that lewis is a serious killer 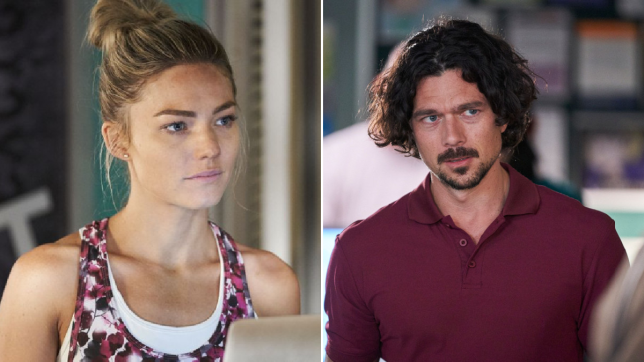 Lewis (Luke Arnold) got so obsessed with exacting revenge on Christian (Ditch Davey) for the death of his wife Anna that he kidnapped the neurosurgeon and attempted to murder him by injecting a dangerous chemical mixture, as Jasmine (Sam Frost) recently discovered.

After some time alone, Jasmine returns to the group and informs Marilyn (Emily Symons) and Irene (Lynne McGranger) that Lewis’ lawyer has called to reveal the results of the psychiatric evaluation. The sentencing has now been accelerated, eliminating the necessity for a trial.

Not only did Lewis admit to attempting Christian’s murder, but he also acknowledged to being responsible for other fatalities at the hospital involving patients under Christian’s care – all in an attempt to make the doctor appear irresponsible.

Jasmine is torn between her affections for Lewis and the fact that he has murdered three people and attempted to murder a fourth. To make matters worse, not everyone in the aftermath is on her side.

While Irene insists that Jasmine has done nothing wrong, Tori (Penny McNamee) insists that her friend bears some of the blame because she should have stopped Lewis sooner.