Sarah Roberts and Zoe Ventoura just teased a big return for the show’s favourite couple on Home And Away.

Fans of Home And Away could be in for a treat next week, as both Zoe Ventoura and Sarah Roberts have teased the return of beloved character Alex.

Channel Seven teased video from next week’s storylines following Thursday’s episode.
Willow (played by Sarah) tells Amber in the clip that not everybody “gets their happy ending.”

Amber replied as follows: “It happens all the time. This is always possible for you and Alex.”

Willow goes outside to make a phone call after the conversation and can be heard saying, “Alex, it’s me…” 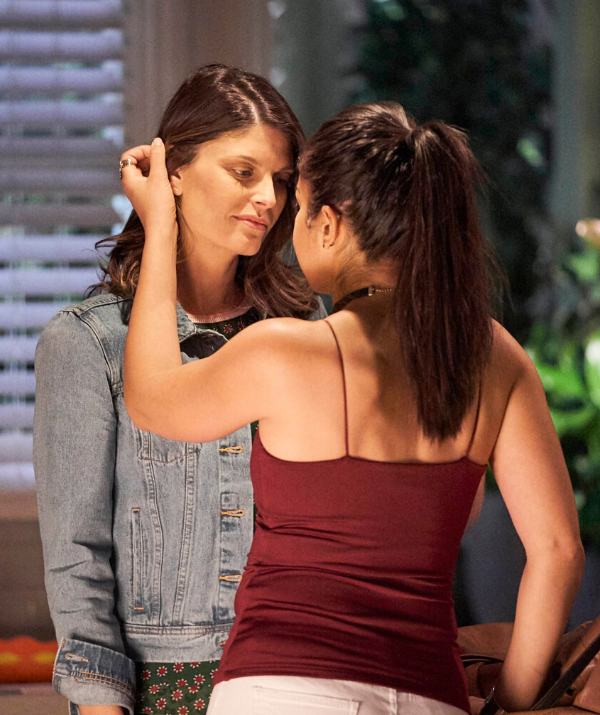 We’re coated in Goosebumps as the screen goes dark!

The preview, which was posted on a fan page dedicated to the fictional pair, was then re-shared by BOTH Zoe and Sarah, making it even more tantalising.

Sarah teased fans even more by simply posting a gif with the words ‘What is happening.’

If that isn’t proof that Alex is returning, we don’t know what is. 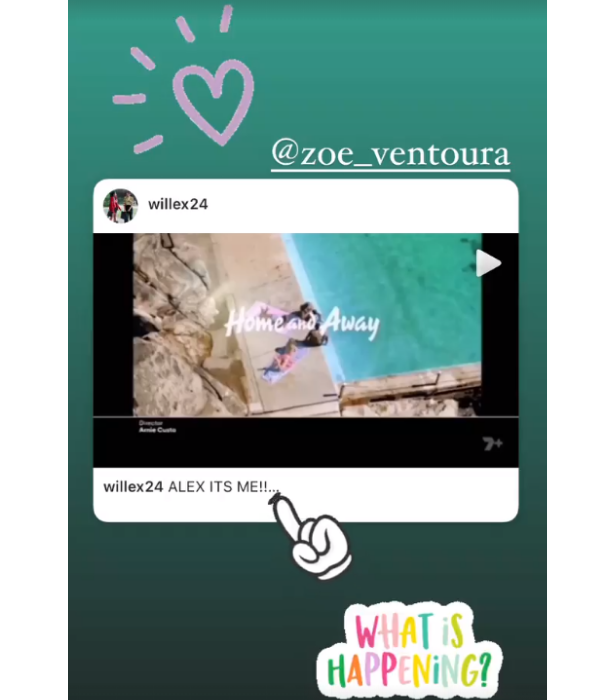 If Sarah Roberts decides to ride off into the sunset with her ex, Alex’s return could spell the end of her time on the show.

Just a few weeks ago, Sarah hinted at Zoe’s return and a potential exit plot to Stuff.co.nz.
“[Willow] has had a difficult time with marriage, but everyone in the Bay has.” She told the paper, “You get married in the morning and divorced in the evening.”

“I went back to the producer and writer and asked if Alex should come back and tap Willow on the shoulder, and then the two of them could drive off into the sunset together.” However, I suppose you’ll have to wait and see what happens.

EXCLUSIVE: Rebecca Breeds spills on a Home And Away return and...