Angel Parrish’s life fell apart when her soulmate Shane was killed in a motorcycle accident, just as things were beginning to look better for the unfortunate woman.

One of the most recognisable plotlines in the 34-year history of Home and Away is their love tale.

What country is Melissa from and how old is she?
Melissa, who is 46 years old, was born on August 6th, 1976. She was born and raised in Perth, Western Australia.

She was one of four children who lived with her father Glenn, a construction worker, and mother Pamela, a nurse.

Unexpectedly, the actress once won the national championship in roller skating. She switches to creative roller skating after becoming interested in dance.

She won a silver medal at the Junior World Championship in 1991 in addition to bronze medals at the National Championships in 1989 and 1990. 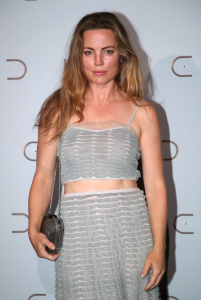 From Shane learning that she had a son from a prior relationship to Angel getting paralysed after being hit by a car, their romance endured many obstacles.

An memorable image from the show is when she gets out of her wheelchair and walks down the aisle.

When she fell in love with Simon Broadhurst, a wealthy Englishman, Angel left the programme in 1996.

Since Home and Away, what other roles has Melissa played?
Since her time on soap operas, Melissa has acted in numerous productions. She appeared in David Lynch’s Mulholland Drive and Steven Soderbergh’s The Limey after relocating to the US.

She also had recurring parts in popular shows like The Good Wife, Grey’s Anatomy, and Alias.

The Australian played Molly, Rachel and Ross’ nanny, in two Friends episodes in 2003.

Melissa is she married?
After first meeting in Bali, Melissa married Chilean furniture designer and director Claudio Dabed in 2000.

In 2011, after 11 years of marriage, they made their divorce announcement.