Neighbours finale was Channel 5’s most watched show of the year with 4,000,000 viewers Additional numbers have verified that with a whopping 4,000,000 viewers, the Neighbours finale was Channel 5’s most watched programme of the year.

On July 29, the final episode of the popular soap opera aired in the UK, welcoming back actors including Kylie Minogue, Jason Donovan, Margot Robbie, and Guy Pearce to the show that helped launch their careers.

The show reached its climax with about 3 million views, according to reports the next day.

The statistics for the finale have now climbed even more as a result of catching up and on-demand services.

The episode outperformed both EastEnders and Channel 5’s highest-rated programme of 2022, according to BARB, whose ratings were just under 4 million. 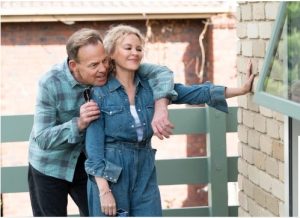 The EastEnders schedule has been erratic over the summer, partly because of the sport.

Due to Wimbledon, the Euros, and the Commonwealth Games, EastEnders has occasionally aired on BBC Two, twice in a single evening, or not at all.

Since the soap opera is also continuing to upload a week’s worth of episodes on BBC iPlayer, fewer viewers will tune in to BBC One because they will have already watched the episode. 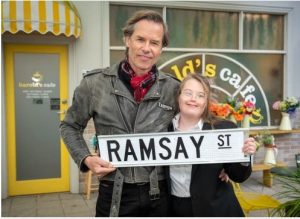 As Channel 5 chose to cut Neighbours from their schedule in order to produce more UK-based dramas, Neighbours came to an end.

The soap’s production company, Fremantle Media, tried to find a new home for it but was unsuccessful.