Home and Away spoilers: Who has framed Marilyn for abuse? 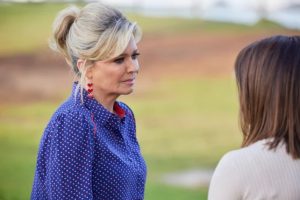 Since newcomer Heather (Sofia Nolan) moved in and started showing a strange interest in her, Marilyn (Emily Symons) has had her entire world flipped upside down. As Heather snaps pictures of Marilyn and inquires about her from the locals, the obsession quickly takes a dangerous turn.

Heather breaking into Marilyn’s home in the middle of the night just makes the problem worse. Heather sets Marilyn up with a nearly empty bottle of wine, a glass, and a picture of a baby when she is dozing off on the couch. What’s she doing?

The following morning, when Roo (Georgie Parker) comes downstairs, analyses the situation, and offers Marilyn water and medicines for her “hangover,” Marilyn is in shock and helpless to defend herself.

Later, Marilyn complains to Leah (Ada Nicodemou), saying that Heather is obviously choosing her as a pawn in their game.

At work, Marilyn exhibits hypersensitivity, believing that everyone is interrogating her. John, Irene (Lynne McGranger), and Justin (James Stewart) all appear to unintentionally irritate Roo, who is unsure of how to comfort her neurotic buddy.

When John gets a call from Jett, he learns that Marilyn has sent him a humiliating text that claims an adoptive child can never measure up to a biological one.

Although Marilyn is convinced it wasn’t her, John is enraged with her. Is she being truthful? If not, who is accusing her of being abused? 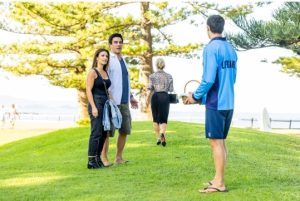 Home and Away spoilers: Bella stays in New York for good...