Home and Away spoilers: Marilyn Chambers receives a MYSTERY message! 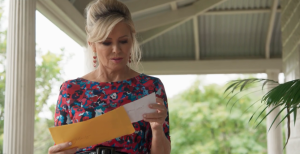 On Home and Away, Heather Fraser (guest star Sofia Nolan) continues to raise Marilyn Chambers’ suspicions that she is in Summer Bay for another reason (1:45pm – see our TV Guide for listings).

But she appears more intent on enjoying herself with Nikau Parata, a lifeguard at the beach (Kawakawa Fox-Reo).

Roo, though, continues to feel sympathy for Heather’s predicament.

Roo tells Marilyn that Heather was compelled to give up her child as a result of having an illicit relationship with a married man.

But WHY does Heather’s history have Marilyn so alarmed?

Later that day, when Marilyn arrives home to Summer Bay House, she is perplexed to see a UNKNOWN letter waiting for her there.

The mail has a handwritten note that asks, “Guess who?” and a picture of a MYSTERY baby.

WHO is responsible for Marilyn’s mysterious message?

WHAT does it mean, then? 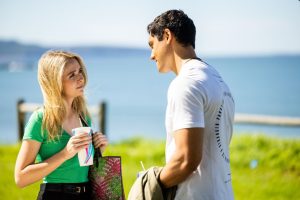 After the shooting, Cash Newman (Nicholas Cartwright) is recuperating at the Parata house and is looking for something to do.

When the Senior Constable declares he is prepared to return and resume responsibilities at the police station, Cash’s sister Felicity (Jacqui Purvis) is frightened.

Since Cash cannot physically drive himself there, Felicity is not persuaded.

How will he track out the bad guys?

But Cash experiences yet another setback when his police sergeant orders him to return to recovery.

Tane Parata (Ethan Browne) is concerned that the presence of a recuperating police officer at the home may compromise their safety with the biker gang.

Tane, Felicity’s boyfriend, has angered her by suggesting that Cash be kicked out while he is already struggling.

Unfortunately, the harm is already done when Cash overhears Tane and Felicity talking, then vanishes out of nowhere.

For the time being, Ziggy chooses to keep the baby bombshell under wraps because she isn’t sure how she feels about it.

When Ziggy does reveal that baby, how will Dean respond? 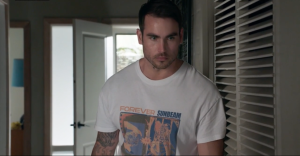 Home and Away star Ray Meagher shares never-before-seen photos from his...