Home and Away spoilers: Heartbroken Bella is left abandoned in New York 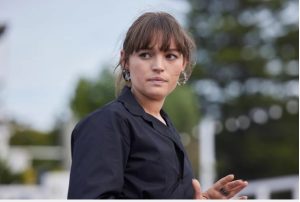 A group of bikers recently took control of the Paratas’ lives and put their safety in danger because they wanted the money that Ari (Rob Kipa-Williams) stole by using the gym to launder money. In spite of his best attempts, Nikau (Kawakawa Fox-Reo) quickly learns about Tane’s (Ethan Browne) involvement with the gang and the two men work to shield their families from the impending threat.

But before long, Tex (Lucas Lineham) has increased the pressure, threatening to hurt Chloe (Sam Barrett) if they don’t allow them to use the Gym as a base for their nefarious activities. Tane smuggles Chloe to a motel room and tells her she must travel to New Zealand for a while in order to stay with her mother and keep safe after realising that immediate action is required.

Tex searches the Gym for Chloe as an overburdened and worried Chloe departs for the airport with a relative. Tane informs him arrogantly that she’s left, but Tex cautions him that he can’t keep everyone he loves safe from the gang.

In the meantime, Nikau realises that everyone in their immediate circle who is in the Bay is in grave danger. Chloe’s departure was difficult enough, but now he realises he must have an even more difficult conversation. He picks up the phone and calls Bella (Courtney Miller) after gathering his courage. 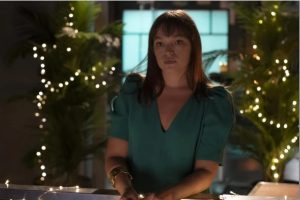 Bella is content and at ease in her New York apartment, and she is eager to tell him that she will soon be finished working on Emmett’s (JR Reyne) project and will be returning home. She becomes disappointed when Nikau advises her not to bother going back, though. In shock, Bella queries whether he is actually breaking up with her over the phone.

Nikau hangs up after announcing that he won’t respond if she calls him again. Will Bella ever return to the Bay after this? Bella is hurt and perplexed in New York.

Home and Away’s Cash and Felicity get blast from the past...