Spoilers Alert! Ari and Tane are giving up themselves to save Ryder and Bella and Chloe and Nikau

Bella (Courtney Miller) and Nikau (Kawakawa Fox-Reo) arranged a night out in Yabbie Creek in the hopes of making Ryder (Lukas Radovich) and Chloe (Sam Barrett) friends, but the party has been packed into the back of a truck by thugs and dumped in a shipping container overnight.

They’re all baffled as to who is behind the kidnapping and what their plans are, but they realise it’s pointless to attempt to flee and instead opt for a good night’s sleep. Chloe has sprained her ankle and is taken aback when Ryder takes care of her.

The moment Bella, Nikau, and Ryder open the door in the morning, they realise who is behind the abduction – Paul and his thugs are back clearly not having paid attention to the warning Heath Braxton gave them. 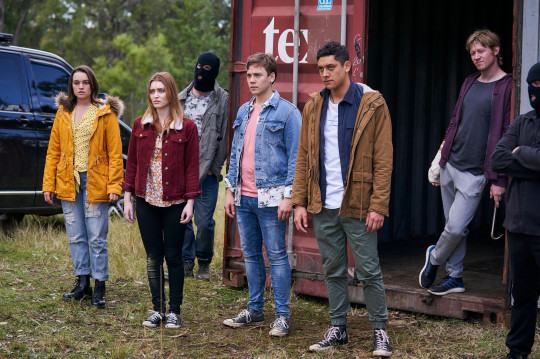 The others complain as Nikau is pulled out of the container, but Nikau informs Paul that he will do whatever he asks as long as his friends are left alone. As the door closes and Nikau is taken away, the party is left in the dark.

Tane (Ethan Browne) receives a call from Paul at the Parata building, and Nikau is in the background. Tane and Ari (Rob Kipa-Williams) recognise that the teens are in greater danger than they had expected, and they agree to Paul’s demand that they swap places in exchange for the teens’ protection…

Former Neighbours and Home and Away stars welcome child together