In forthcoming Home and Away scenes, Xander Delaney’s mental health path will encounter a speed bump.

The story starts with Cash Newman, who is devastated, telling Xander about Jasmine, his half-sister, and her decision to stay with her in-laws, much to his ire.

Following the advise of his work counsellor, Xander joins a nearby gym where a kind Cash gives him a lesson. 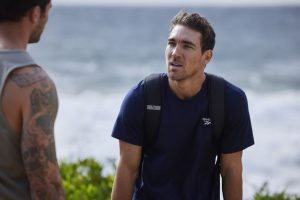 But beyond the cheery exterior, Xander is still tormented to the point of insanity by the horror of his paramedic profession.

Even though he’s trying everything possible to move on, nothing appears to be working, so Xander falls back into his old coping mechanism. He decides on his own to get another tattoo to relieve some of the stress he has been experiencing.

In an effort to conceal his problems, Xander hides the tattoo kit from the previous night and puts on a brave front for the benefit of his second half-sister Rose. 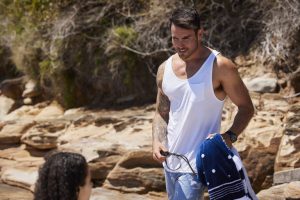 Later, clearly distraught, he tells Rose the news about Jasmine, but it seems that Rose is just thinking about the struggling Cash.

Chloe Anderson, played by Sam Barrett, has had a brief but satisfying story arc in the Australian soap Summer Bay, and she is almost ready to wave farewell.

She will depart for a new life in New Zealand in the UK episodes airing in September when Tane Parata believes that country will be safer for her.

Home and Away Spoilers – Susie’s scheming has left a trail...