Some UK viewers may choose to avoid Home and Away spoilers from Thursday’s Australian episode (May 19).

After bonding with Theo Poulos, Chloe Anderson from Home and Away has suffered a new setback.

Recent episodes in Australia have hinted at a possible love future for the couple, who had met at a crossroads in their lives.

Following the death of her stepfather Ari Parata, Chloe turned to Theo for comfort. She also felt lonely after Nikau Parata and Bella Nixon chastised her for her unpredictable behaviour while grieving.

Theo has had a rough few weeks since his aggressive father Dimitri arrived in the Bay. As a result, the truth about Dimitri’s aggression came to light, and the criminal was ultimately charged by the authorities. Theo was in a touching scene with Chloe last week, singing to her on the beach during a romantic moment. The episode helped to highlight Matt Evans’ real-life singing abilities as Theo.

Things started to go wrong in Australia’s triple bill of programmes on Thursday (May 19).

Nikau ultimately agreed to forgive Chloe for attempting to force a gap between him and Bella, and Chloe’s life seemed to be on the mend. After his uncle Tane was stabbed at Salt, Nikau realised that life was too short.

Theo was worried that Chloe had grown cold on their future romance by putting him in the friend zone elsewhere in Summer Bay. 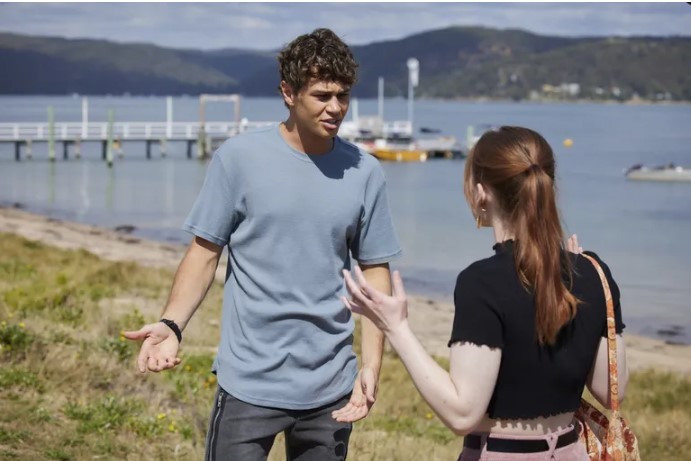 Theo sought guidance from Justin Morgan and John Palmer on how to respond, but had mixed results.

Chloe asked him out to Salt, underlining that it was for some “friendly” drinks, which just added to his confusion.

Fearing that Chloe might friend-zone him again, Theo decided to make a point by asking another female to their drinks.

Theo arrived with Becky, a female he knows from his Technical and Further Education (TAFE) programme, and Chloe was visibly shaken.

Chloe tried her hardest to make Becky feel comfortable, but she eventually got tired of being the third wheel and departed early, indicating that she wasn’t satisfied with Theo.

Have Theo’s chances with Chloe been squandered?