Home and Away spoilers: Xander Delaney gets some BAD news… 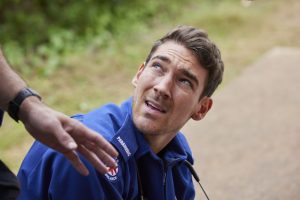 After lately feeling overwhelmed by the burden of being a paramedic on Home and Away, Xander Delaney (played by Luke Van Os) appears to be getting back on track (1:45pm – see our TV Guide for listings).

Xander tells Rose (Kirsty Marillier), his sister, that he nearly delivered a child in the ambulance.

Rose is happy to observe that Xander is finally resuming his job routine.

But as soon as Xander receives a call alerting him that one of his patients has passed away at the hospital, her happiness swiftly transforms into worry.

Xander makes an effort to ignore the bad news because he wants to stay positive.

It was not his fault; the woman died as a result of a medical problem.

Rose, though, is not as readily persuaded.

Rose worries that it won’t take much to push Xander back into his dark place now that she unintentionally learned the truth about his guilt tattoos.

Ada Nicodemou’s character, Leah Patterson, is still teaching her boyfriend, Justin Morgan (James Stewart), how to be a harder band manager for Lyrik. 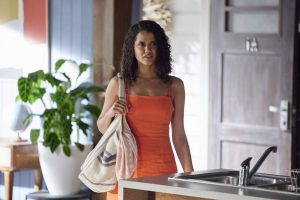 Justin is urged by Leah to maintain his position so he may work out better terms for the band’s upcoming shows.

Justin realises he has some negotiating power as the band’s fan base expands and as a result of Theo Poulos’ (Matt Evans) and Kirby Aramoana’s (Angelina Thomson) recent music video duet becoming viral on social media.

It might now be appropriate for Lyrik to discuss raising the price for their performances at Salt, a nearby restaurant bar.

However, things go horribly wrong for Justin when he tries to negotiate a better deal with company owner Mackenzie Booth (Emily Weir)! 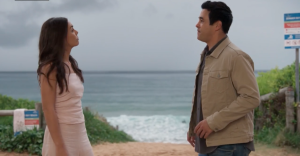 Tane is obviously suffering from remorse about his late brother Ari’s use of stolen funds to purchase the company in the beginning.

Tane is advised by Nikau not to make an impulsive choice that he’ll regret.

And he has an SURPRISE idea that could provide Tane some clarity over what he ought to do.