Amber leaves Dean after seeing him with Ziggy? according to Home and Away spoilers 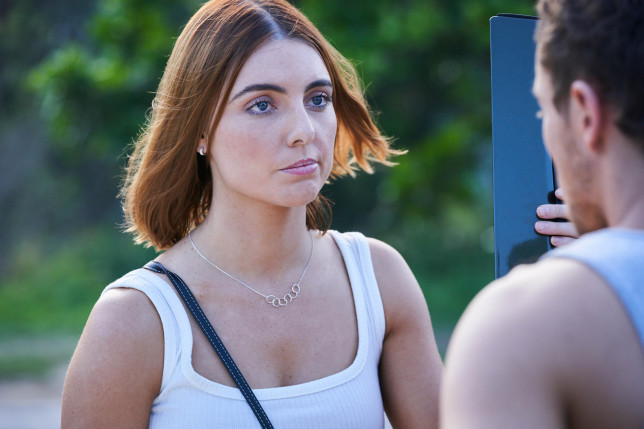 While Ziggy (Sophie Dillman) and Dean (Patrick O’Connor) are ecstatic to have won the surf competition, their victory has left Tane (Ethan Browne) and Amber (Madeleine Jevic) feeling uncertain about their relationship. Ziggy is perplexed when Tane behaves strangely in the aftermath until she speaks with Jasmine about it.

Tane may be jealous of how close Jasmine and her ex are, and when Ziggy speaks to her boyfriend, he admits for the first time that he’s not used to being envious. Ziggy reminds him that she and Dean are only friends, and then she goes over to Dean’s house with a framed photo of the two of them.

Because Dean is the only one at home, he offers they drink a beer and watch TV for a while. When Amber fails to return home, Dean becomes concerned about the state of their relationship, and the two have a lengthy talk about why she has been acting strangely recently.

Amber is greeted with this image when she returns home with Jai (River Jarvis) – her boyfriend and his ex snuggled up on the couch. While Jai is delighted to see the framed photograph, Amber is unimpressed by this more reminder of Ziggy and Dean’s tight relationship.

The next day, as Amber prepares to drive Jai to school, she notices a message from Ziggy on Dean’s phone, requesting him to meet her at the Surf Club. She decides to follow them there, and when she sees them together, she realises it’s time to make a significant relationship decision…

Share
Facebook
Twitter
Pinterest
Previous article
He played the misunderstood Ric Dalby on Home and Away but now he is performing with Australian pop royalty
Next article
Home and Away spoilers: Nikau destroys his modelling career with a shock outburst?

Home And Away: How is Christian Proposal to tori ends in...