The spotlight this week in Home and Away is obviously Colby (Tim Franklin) when his murder trial date comes and Witness X is identified. To the horror of the Bay, Willow (Sarah Roberts) decides to betray her friend by secretly recording her confession to the crime – and testifying against her.

After Colby’s sentencing was revealed, Willow knew that she couldn’t stay in the Bay with Bella (Courtney Miller) and Dean (Patrick O’Connor) no doubt fearing her for the rest of their lives. She decides to leave, pack her bags and drive west. 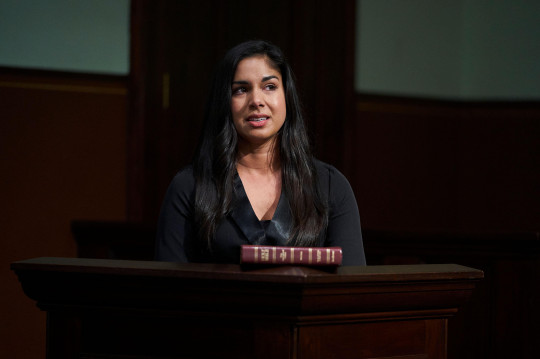 Although Jasmine (Sam Frost) is still learning that she has to find a new gym boss as Willow and Irene (Lynne McGranger) are leaving, Ryder (Lukas Radovich) has better job news on the horizon. He is shocked to receive the news that he has been accepted for a TAFE internship on a cruise ship. Yet he decides to turn it down because his family and friends are going through too much. Nikau (Kawakawa Fox-Reo) and Bella are preparing to leave the country, Alf (Ray Meagher) and Martha (Belinda Giblin) are still fighting, Roo (Georgie Parker) is having trouble with Owen (Cameron Daddo) and Bella’s brother is on trial for murder.

Alf speaks to Ryder, saying that he can’t bear everyone’s burdens and risk his own life. The internship is going to open the door to his future, so he tells Ryder that he has to take it. After Ryder tests that Bella is going to be OK without him, he agrees to embrace the internship – and prepares to leave the Bay for his new chance.

The one moment the Logies really missed….