Former Bachelorette, Home And Away star, 2DayFM radio personality turned podcaster Sam Frost has chosen to keep her Alexandria townhouse despite moving from Sydney to Melbourne.

Frost, who became famous in 2014 after winning The Bachelor, has instead rented out the townhouse she bought in 2017 as a first-time home buyer.

After only five months of dating Australian Survivor competitor Jordie Hansen, she got engaged after relocating to Melbourne. 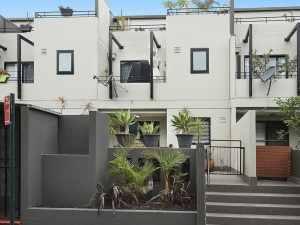 Along with Frost’s brother, Alex Frost, he competed on Australian Survivor: Blood v Water in 2021. After the show’s filming wrapped, Hansen met the woman who is now his fiancée.

One of Sydney’s premier park playgrounds, Sydney Park, is close by, and Frost spent $1.255 million to be there. When purchased from the Cambodian-born developer Suon Ngu in 2008, it was first listed for $570,000 and is situated next to the Goodman Industrial Estate.

In the midst of skyrocketing rental headlines, Frost found renters for the 2002-built townhouse at a reduced rate of $1275 per week in just four weeks. 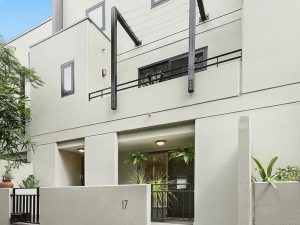 Through Szilvia Szecseiova and Perly Cundasamy at PM Realty Mascot, a three-bedroom townhouse with two levels was leased.

The three bedrooms each have a balcony, and two also feature en suite bathrooms. The living, dining, and kitchen areas open onto an entertainment terrace through sliding glass doors.

It had previously been rented by the property’s original owner in 2013 for $900 per week, representing a 42% increase in rental value over almost ten years.

According to realestate.com.au, based on five years of sales, Alexandria has seen a negative compound growth rate for units of -0.3%. This is interesting because the median rental price for three bedroom apartments in Alexandria, based on 60 rental listings over the preceding 12 months, sat at $850 with no growth. 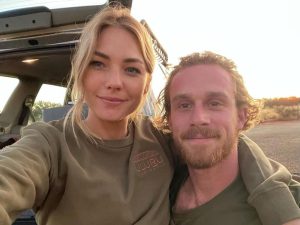 The Datum apartment complex, which was designed by Stanisic Architects, has seen declining rentals; in May, a one-bedroom apartment that had been listed for $550 a week in January was being offered for $500 a week.

Hansen, who is said to be competing in the upcoming season of Australian Survivor, grew up primarily among the McLaren Vale vineyards where his father oversaw Treasury Wine Estates.

Inside Survivor claims that the upcoming season’s theme will be Heroes vs. Villains, though Channel 10 hasn’t officially confirmed this.