On Sunday, Kate Ritchie took an odd trip down memory lane by defrosting a piece of the wedding cake she had more than ten years prior.

The day coincided with what would have been her ex-husband Stuart Webb’s 12-year wedding anniversary; they divorced in 2020.

The top-tier slice of the cake, which had been frozen and wrapped in plastic since the wedding, was captured in a snapshot that the 43-year-old former Home and Away star posted to Instagram. 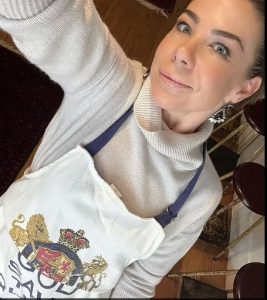 Who is still consuming their wedding cake, she asked in the caption? Why? And what advantage? Today, mine is defrosting.

The top tier of a wedding cake is customarily saved for the couple’s first anniversary and is supposed to represent riches and good fortune.

The fact that Kate had kept her cake frozen for such a long time astounded many of her supporters.

A supporter referred to the cake as “part of your tale,” and another joked that it “lasted longer than the marriage did.” 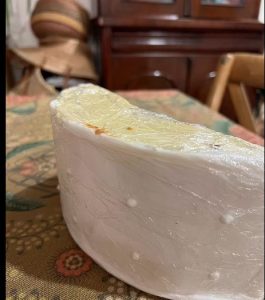 Stuart and Kate started dating in 2008, and a year later they declared their engagement.

In 2010, the pair wed in a rural ceremony in Tasmania.

After ten years of marriage, they divorced in 2020, and the former child actress is said to have moved out of their Sydney house. 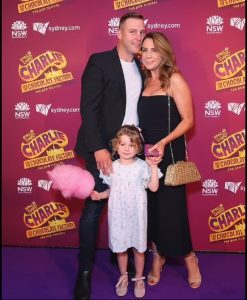 Mae, an eight-year-old daughter, is raised by the ex-couple.

After making her television debut as Sally Fletcher on Home and Away in 1988 at the age of nine, Kate grew up in front of Australian television viewers.

She continued to perform on the show for the next 20 years, earning the Silver Logies for Most Popular Actress from 2006 to 2008 and the Gold Logie for Most Popular Personality in 2007 and 2008. New Home and Away promo sees Cash and Rose get steamy...