Home and Away : what is coming next on the Summer Bay

On next week’s episode of Home and Away, Mackenzie is rushed to hospital, and Lewis orders Jasmine to choose a side in his battle with Christian.

In other news, tensions remain high following Susie’s deceptions, and Justin is in danger while swimming.

Here’s a complete list of the 12 major moments coming up: 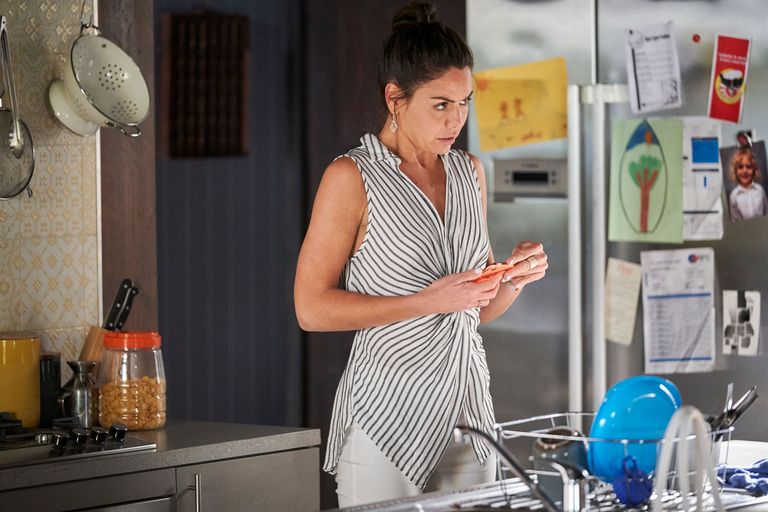 After agreeing to accompany Mackenzie to the clinic for a termination, Dean has second thoughts. He doesn’t agree with her decision to keep Ari in the dark about her pregnancy, so he won’t be able to attend unless she starts involving Ari.

When Ziggy learns that Dean has changed his mind, she confronts him for failing to help his sister. Dean’s attitude is partially dependent on his own encounters with Jai and Amber, she realises.

Dean realises he was wrong to backtrack after Ziggy’s intervention and assures Mac that he will keep his promise to join her for the appointment after all. Mac is grateful, but she now prefers to travel alone.

2. Tane and Ziggy fall out over Mac 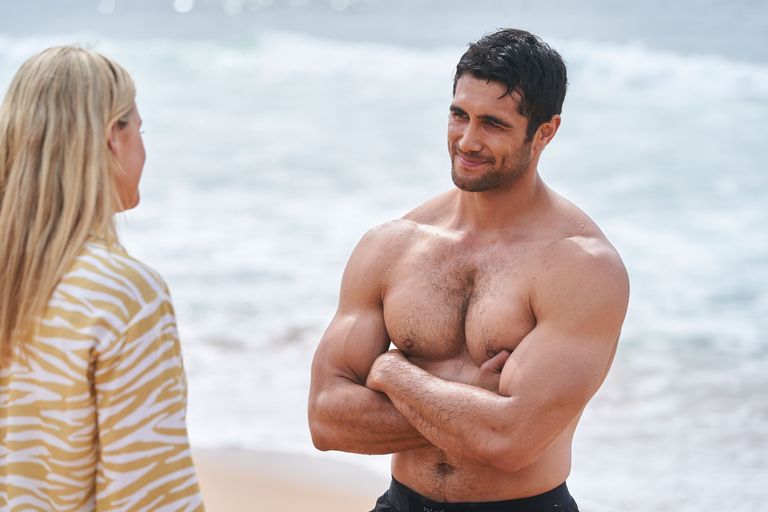 Following her disagreement with Dean, Ziggy is always irritated, and she complains to Tane about men’s attitudes toward babies. She claims that men run a mile when the word “children” is mentioned, but that they still believe they have the authority to dictate a woman’s right to choose when it comes to pregnancy.

Tane is offended by this and tells Ziggy not to generalise on how he will behave in a similar situation. After Tane storms off and Ziggy takes some time to reflect, she goes to the beach to apologise to him. They go out clubbing for the night now that they’re back on solid ground. 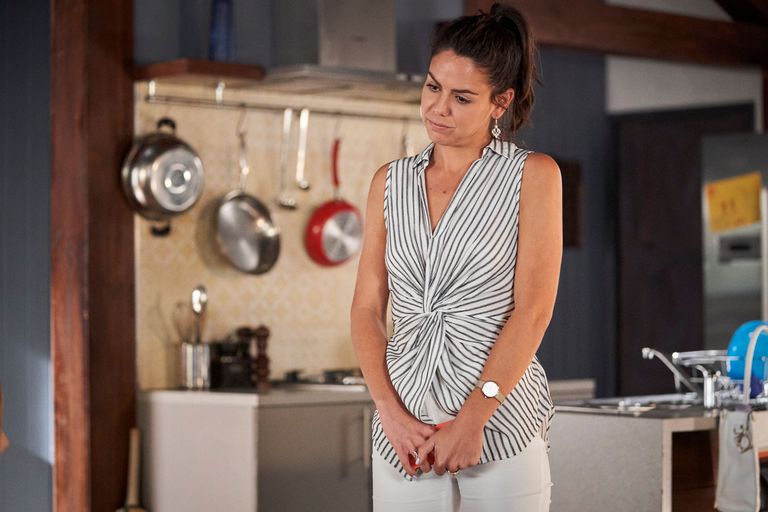 Dean is perplexed the next morning when he receives a call from Mac that goes silent. When he arrives at the farmhouse to check on her, he discovers that she has passed out and kicks down the door.

Mac is rushed to the hospital after Dean calls for help, where Tori detects an ectopic pregnancy with a ruptured fallopian tube. Mac is in need of emergency surgery, and her pregnancy is doomed.

In the aftermath, Dean, Ziggy, and Tane all come to Mac’s aid, but she remains adamant that she does not want Ari to know. 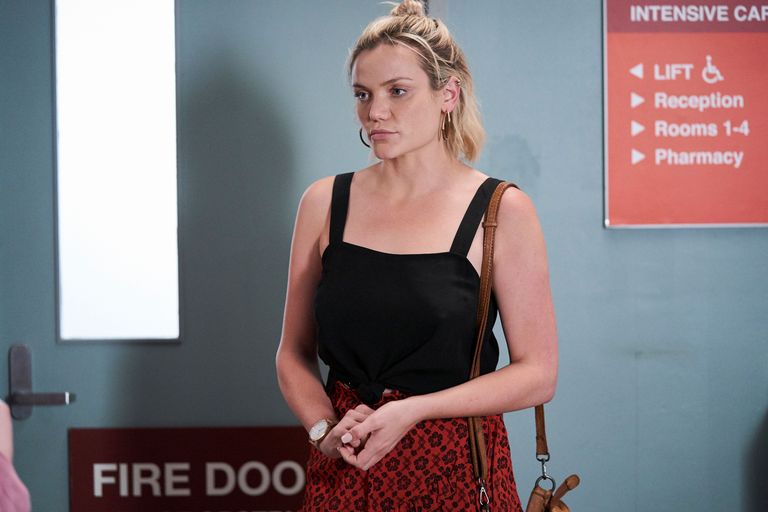 Mia is spending a lot of time in the hospital while Ari is still recovering from the hit-and-run. When she notices Mac being led into a bed, she is perplexed and seeks an answer from Ziggy and Tane.

When Mia refuses to drop the subject, Ziggy and Tane reluctantly disclose that Mac was pregnant but miscarried. They advise Mia to keep Mac’s right to privacy intact by not informing Ari.

When Mia returns to Ari’s hospital room, he notices a change in her demeanour and inquires as to what’s wrong. Ari doesn’t want their friendship to be tainted by secrets, but Mia chooses to remain silent. 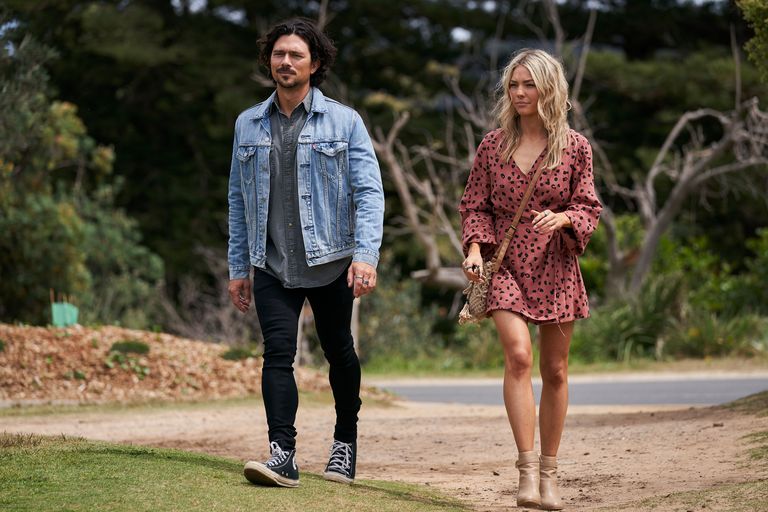 After Christian slapped him in a fit of rage, Lewis is still arrogant. He hopes that this will be enough to convince others that Christian cannot be trusted to continue working at the hospital as a surgeon.

Tori sets aside her personal feelings for Christian and assures Lewis that she would back him up if he tries to file a formal complaint at work. However, seeing Jasmine’s unease, Lewis instructs her to choose a side.

Jasmine assures Lewis that she will support him over Christian after speaking with Willow and Irene about the difficult situation.

6. Alf and Roo fight to save the Surf Club 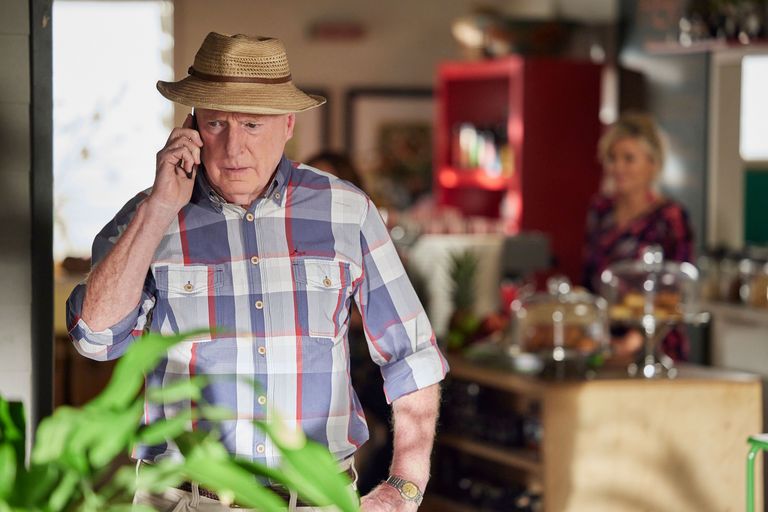 Susie’s deception has landed the Surf Club in hot water, as she defrauded locals of sponsorship funds. When Alf and Roo discover that the Club could be sued for misappropriating funds, they are concerned.

To fulfil their contractual obligation to the sponsors, Alf and Roo must either pay back the money to everyone or stage the scheduled surf competition.

Both solutions would place the Club in considerable financial jeopardy, and Alf is enraged that John is still hiding rather than assisting them in resolving the situation.

7. Dean draws John out of hiding 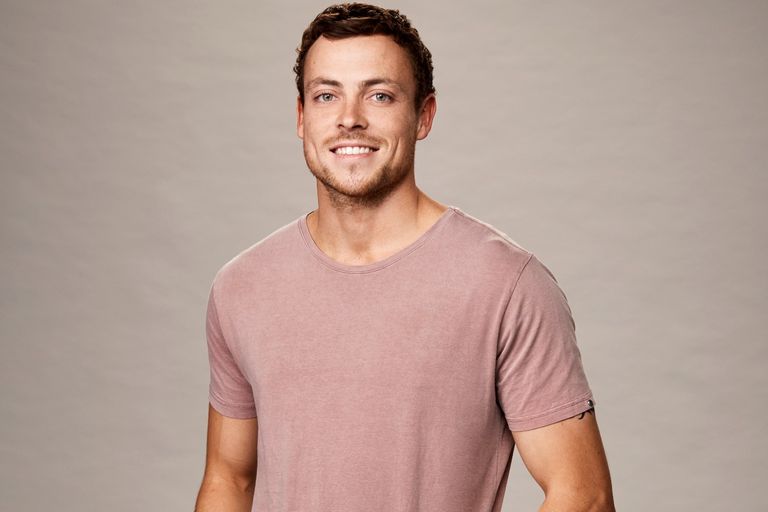 Since Susie’s departure, John has been spending time with Jett, but Marilyn is concerned when her former foster son tells her that John actually left a few days ago.

John’s friends still need his support to solve the Surf Club problems and figure out Susie’s manipulation, but he’s retreating to his home once more.

To irritate John, Dean takes matters into his own hands by standing outside his house and repeatedly setting off his car’s alarm. After a clash of wills, John is finally dragged out of his house to challenge Dean.

After the stresses have subsided, John tells Dean how embarrassed he feels about the difficulties he has created by trusting Susie. 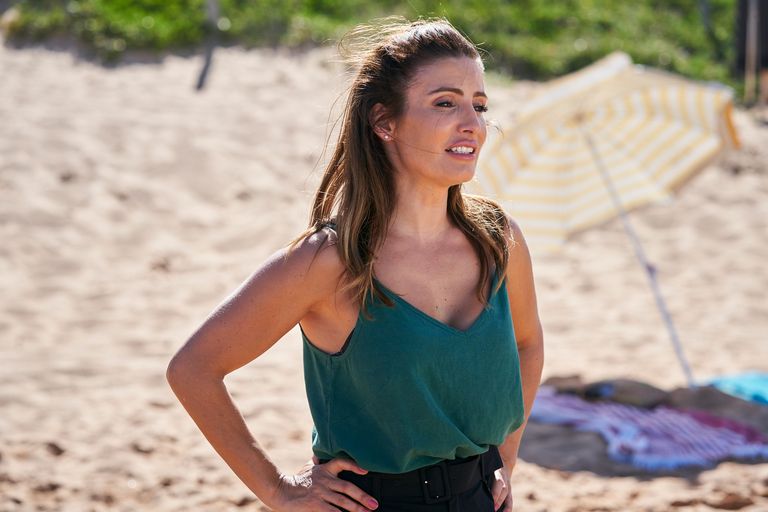 When Leah begins to devote her time to assisting Alf and Roo with the Surf Club sponsorship problems, Justin becomes irritated. He doubts her interests and wonders why she isn’t focusing on finding their own money that has gone missing.

Following the tensions, it becomes apparent that Leah and Justin are also to blame for trusting Susie. They try to sort it out, but Leah gets irritated again when Justin runs into John and asks him angrily about what happened.

After the most recent row, Justin rushes to the beach, grabs a surfboard, and dives into the water. Leah is horrified as she watches Justin get into trouble from the sand.

9. Dean rushes to the rescue 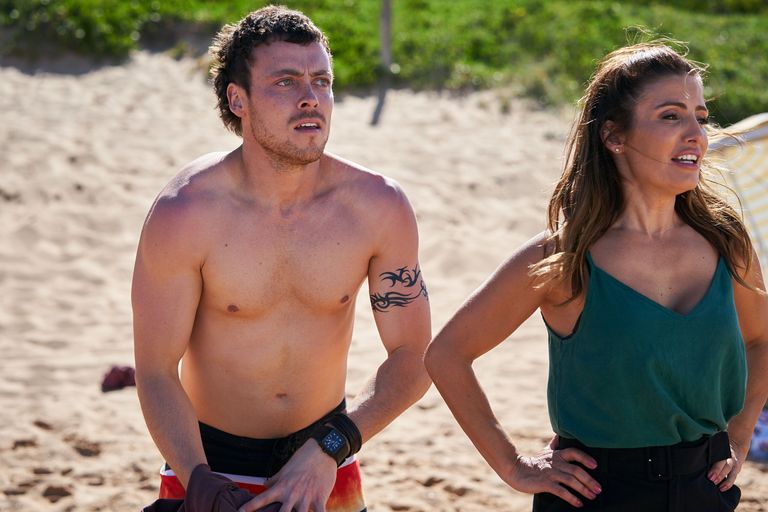 When Dean is at the beach, he notices Justin in danger. He dashes over to Justin and dives into the water to save him. Dean is able to catch Justin and pull him back to safety on the shore while Leah looks on, worried.

Justin’s back has been bothering him again in recent days, and Jasmine and Leah try to persuade him to go to the hospital for a proper check-up. Justin is adamant in his refusal, and Leah is troubled that he will not consider the assistance he needs. 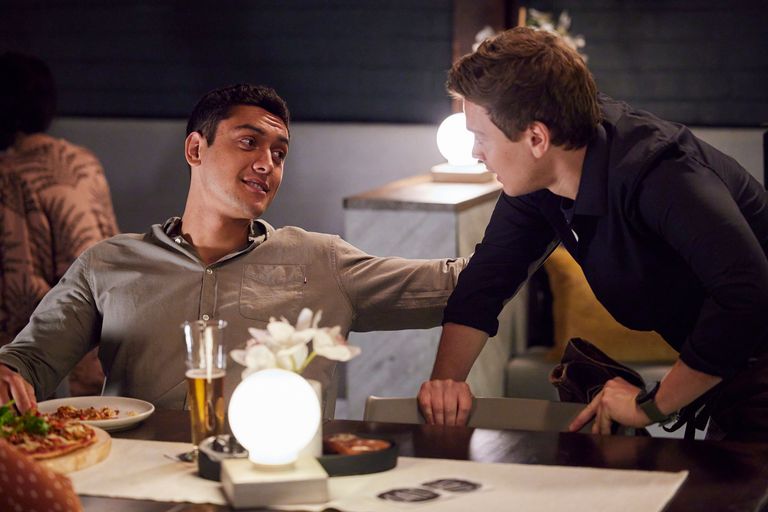 Ryder and Chloe are in love after eventually becoming a couple, but Nikau is struggling with the shift in their friendship group’s dynamics. He has a hard time dealing with Ryder and Chloe’s frequent public shows of affection, but Bella encourages him to be more tolerant.

When Chloe learns that Ari is on his way home from the hospital, she is overjoyed, but Ryder is hesitant to tell Ari that he is now Chloe’s boyfriend.

Ryder enlists Nikau’s assistance, and they agree that he will give Ari a Maori speech to break the news. Nikau, on the other hand, sets up his best friend by making Ryder give a speech that makes him look foolish.
Despite Ryder’s embarrassment, Ari appreciates his kind efforts and gives his blessing for him and Chloe to be a couple. 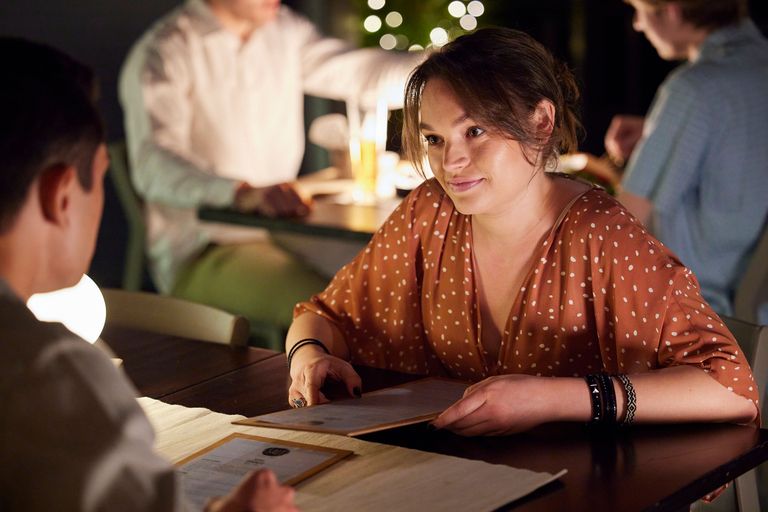 As Ryder and Chloe refuse to leave them alone, Bella begins to share Nikau’s anger. Bella and Nikau have no alone time since Ryder and Chloe plan on doing something with them.

The final straw comes when Bella and Nikau sit down for some quiet time by the Paratas’ pool, only to be interrupted by Ryder and Chloe. Ryder and Chloe are indifferent to the consequences of their actions. 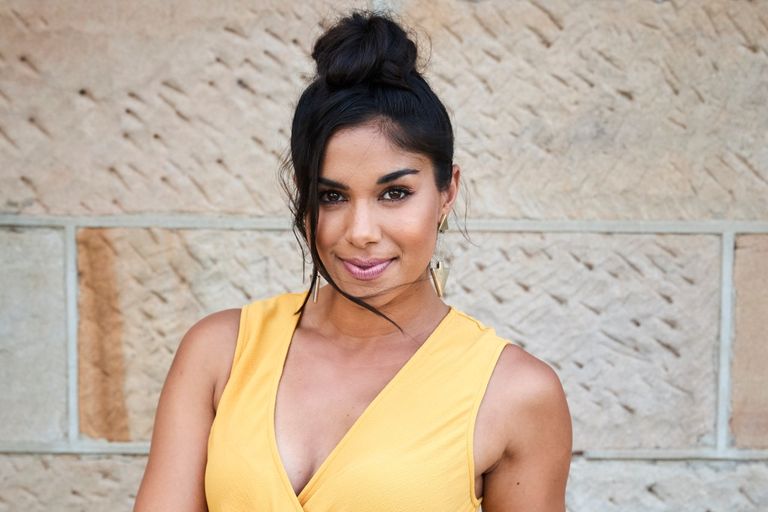 Amber urges Willow to reflect on her own future now that she has assisted Dean in his recovery and made peace with Bella.

Willow is left with some food for thinking, laying the groundwork for her forthcoming departure from Summer Bay.