On Monday, September 19, Channel 5 will not carry an episode of Home and Away.

A number of broadcast adjustments have been made in response to last week’s passing of Queen Elizabeth II to make room for news coverage.

Channel 5 has stated that they will not be airing Monday’s planned episode of the Australian serial because the Queen’s burial will now take place on Monday. 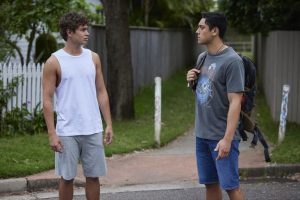 Since the episode will have already aired twice on 5STAR, it will never appear on Channel 5, but the regular schedule will continue on Tuesday (September 20).

Additionally, it has been confirmed that Coronation Street and Emmerdale will not air on Monday and will continue as usual on Tuesday. This comes after a series of significant scheduling changes across UK broadcasters.

Tane has been quietly collaborating with the police undercover in this week’s episodes of Home and Away to bring Tex Wheeler and the biker gang to justice.

Ethan Browne recently remarked to Digital Spy about the most recent plot arc for his character: “I’ve loved the new dynamic. Tane has had to stand up and take charge of the family after Ari passed away. I believe he did a fantastic job. 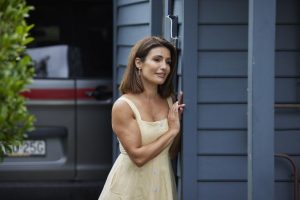 “I think Tane has changed his strategy and really thought about what’s the safest course of action for himself and his loved ones,” says the author. “I think he has so much more at stake now with Felicity and being the leader of the family, plus not having his brothers there to have his back.”