Dean is Looking Desperately for Ziggy. Home and Away Spoilers 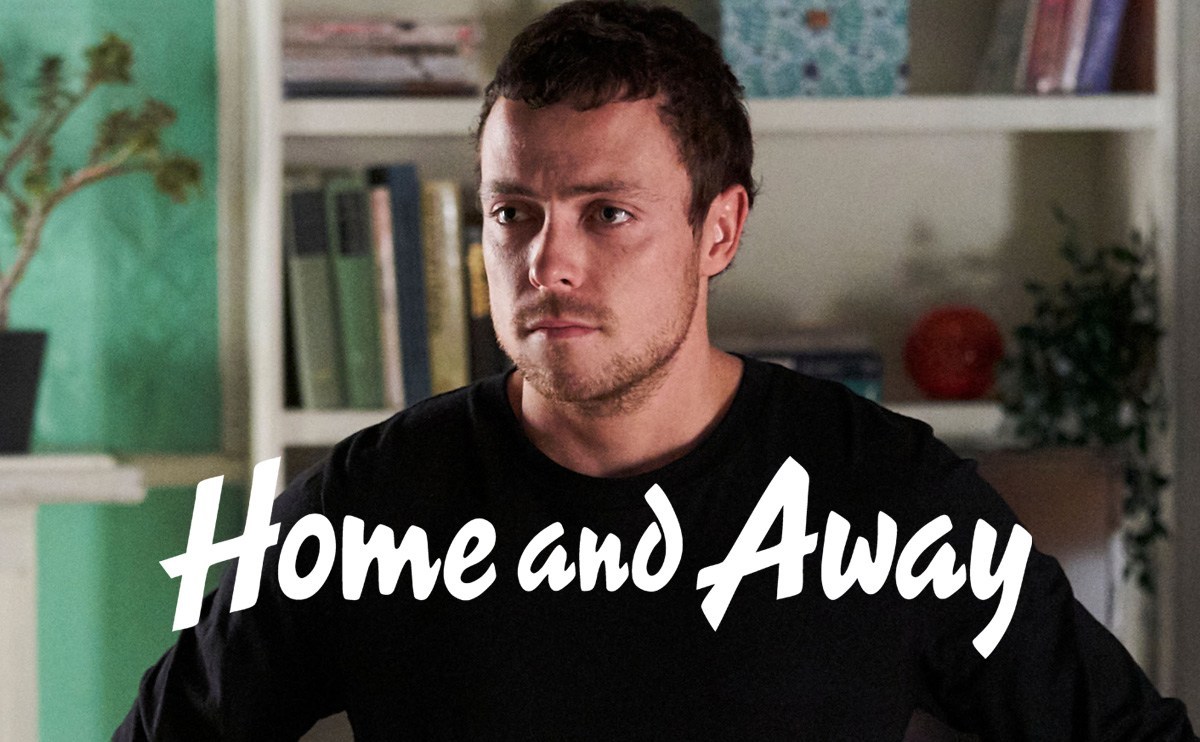 Coming up next week at Home and Away in the UK, Dean falls apart in the aftermath of Colby’s incarceration, and he thinks that there’s only one person who can pull him out of his misery…

The whole of Summer Bay is in shock after Colby Thorne’s (Tim Franklin’s) city copper admission to Ross Nixon’s murder, which resulted in his being sentenced to 25 years in jail. 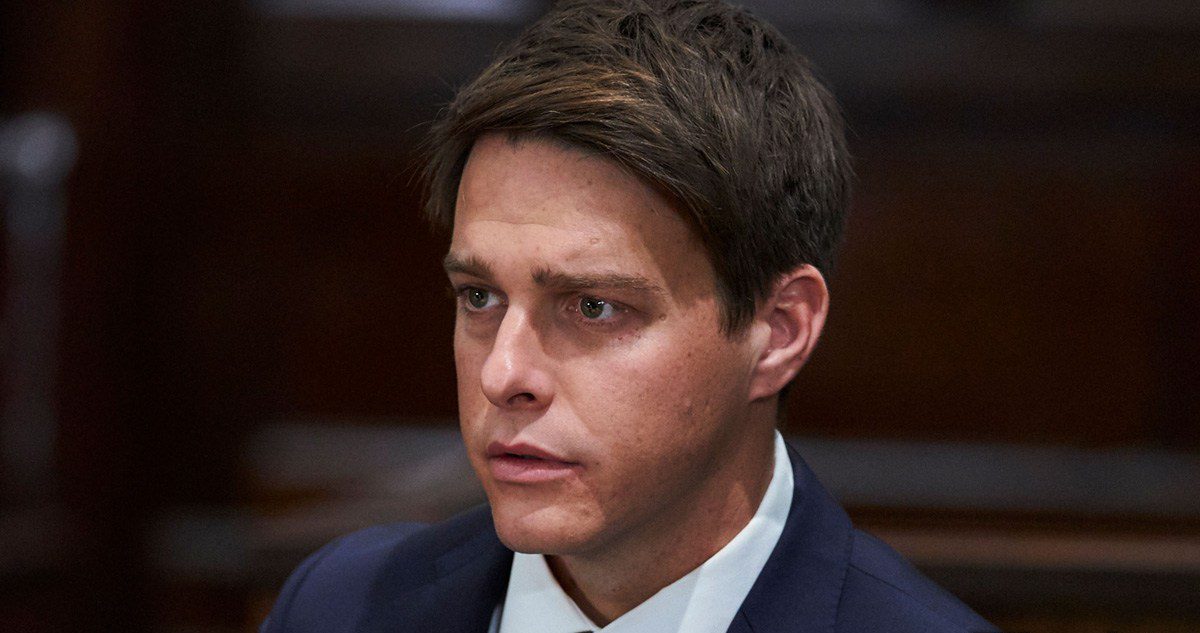 But none more than Colby’s sister Bella (Courtney Miller) and best friend Dean Thompson (Patrick O’Connor)—who have had to come to terms with the fact that it was evidence given by their friend Willow Harris (Sarah Roberts) that led Colby to amend his plea to guilty. 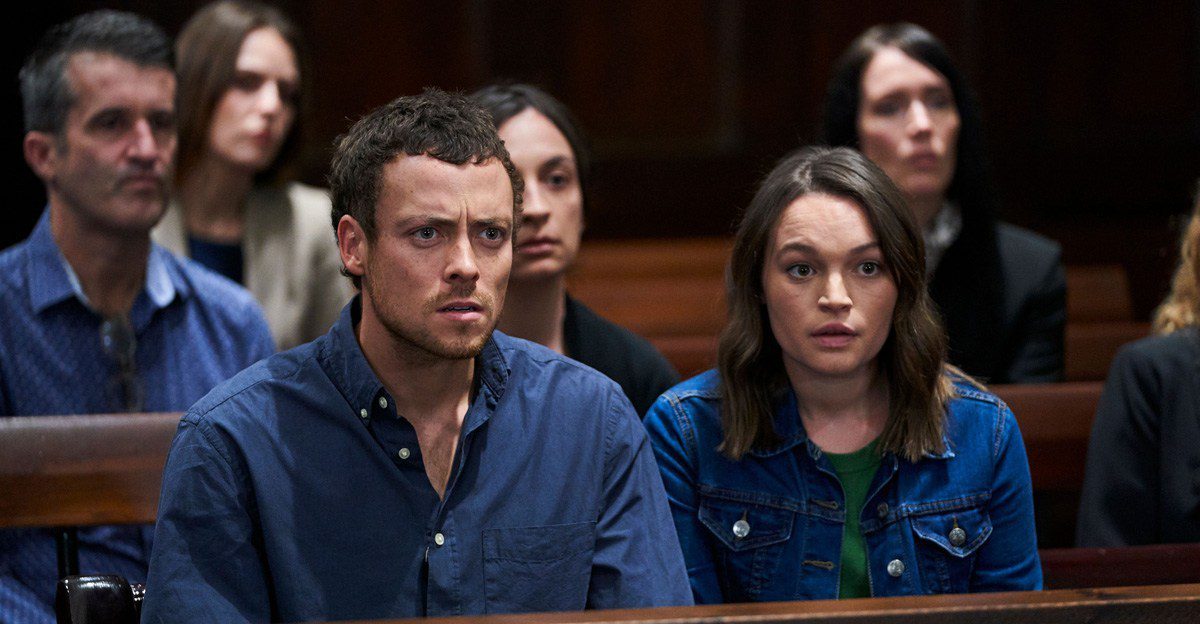 While Willow had the interests of her friends at heart, having seen Colby spiral out of control for several weeks, her pleas for understanding both Dean and Bella fell on deaf ears. As Willow drives out of town unsure if she’s ever going to return, Bella and Dean comfort each other. The loss of his closest friends, Colby and Willow, is the latest in a long line of personal crises for Dean—many of which were the direct product of his involvement in Ross’ death.

After helping Colby bury Ross’s body in early 2019, Dean suffered from nightmares and ended up getting hooked on medications prescribed to help him sleep.

Over the course of a few weeks, Dean had sleepwalking episodes that saw him go back to the grave to dig Ross’s body and give a letter of confession to Sergeant McCarthy. Even though he was able to put things right before everything came to light, it was obvious that Dean’s subconscious was trying to rid him of his guilt.

When Ross’ body was finally found back in September, it was the beginning of another downward spiral for Dean as Angelo Rosetta (Luke Jacobz) returned to Summer Bay to investigate.

An immense amount of tension from Angelo’s interrogations and keeping Colby’s secret, while recognising that he, too, might be thrown into jail if things come out, began to take its toll on Dean’s relationship with girlfriend Ziggy Astoni (Sophie Dillman). 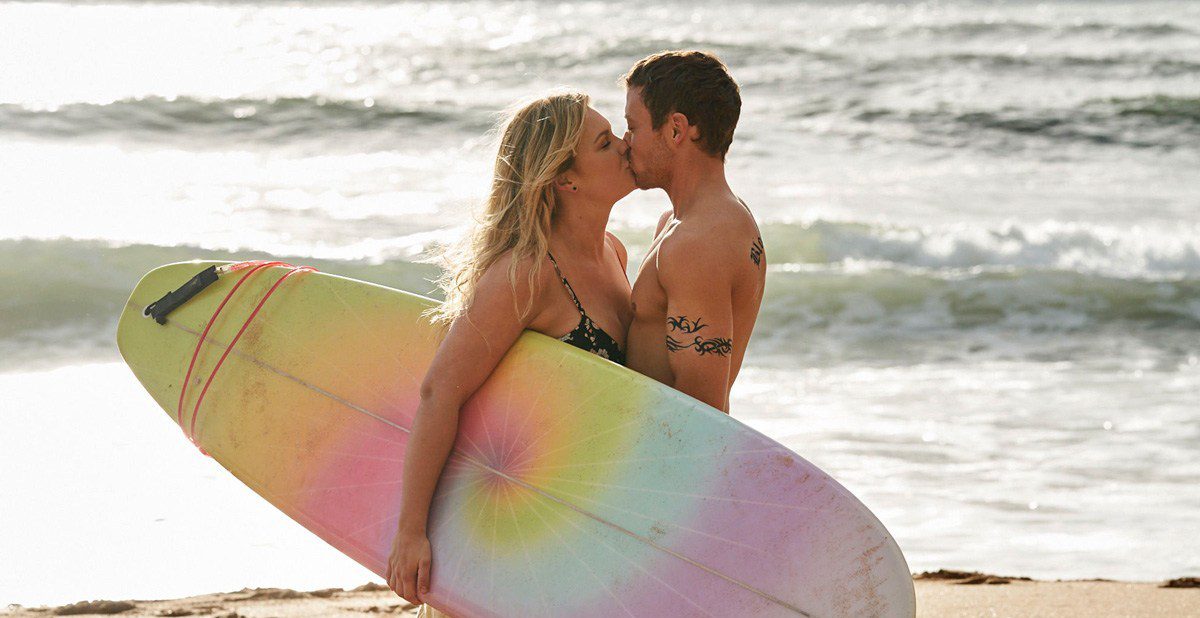 Dean’s concession that he didn’t want Ziggy to move into the apartment with him, worrying that Colby’s affair with Angelo’s wife Taylor (Annabelle Stephenson) would have brought the couple to a standstill. Ziggy asked to know what was going on or what was going on.

Unfortunately, when Dean eventually took the courage to confess the truth about his role in Ross’ death, he caused Ziggy to break up with him anyway, leaving Dean’s heart broken. At the same time, Dean was also faced with new responsibilities with the arrival of his ex-Amber (Maddy Jevic), who brought with him the news that Dean had a son of five years that he had never met, Jai (River Jarvis).

But disputes with Amber over her reluctance to let Jai meet Dean’s mother, Karen, saw Dean threatening to bring Amber to court to insure that he continued to have access to his son. When Amber’s mother, Francesca (Joanne Hunt), sent Dean a copy of his criminal record, with a note attached stating he had no hope of winning, Dean realised that she was right. Heading over to Amber’s house and seeing Jai alone, Dean’s instincts took over, and he and Jai ran away from Summer Bay. 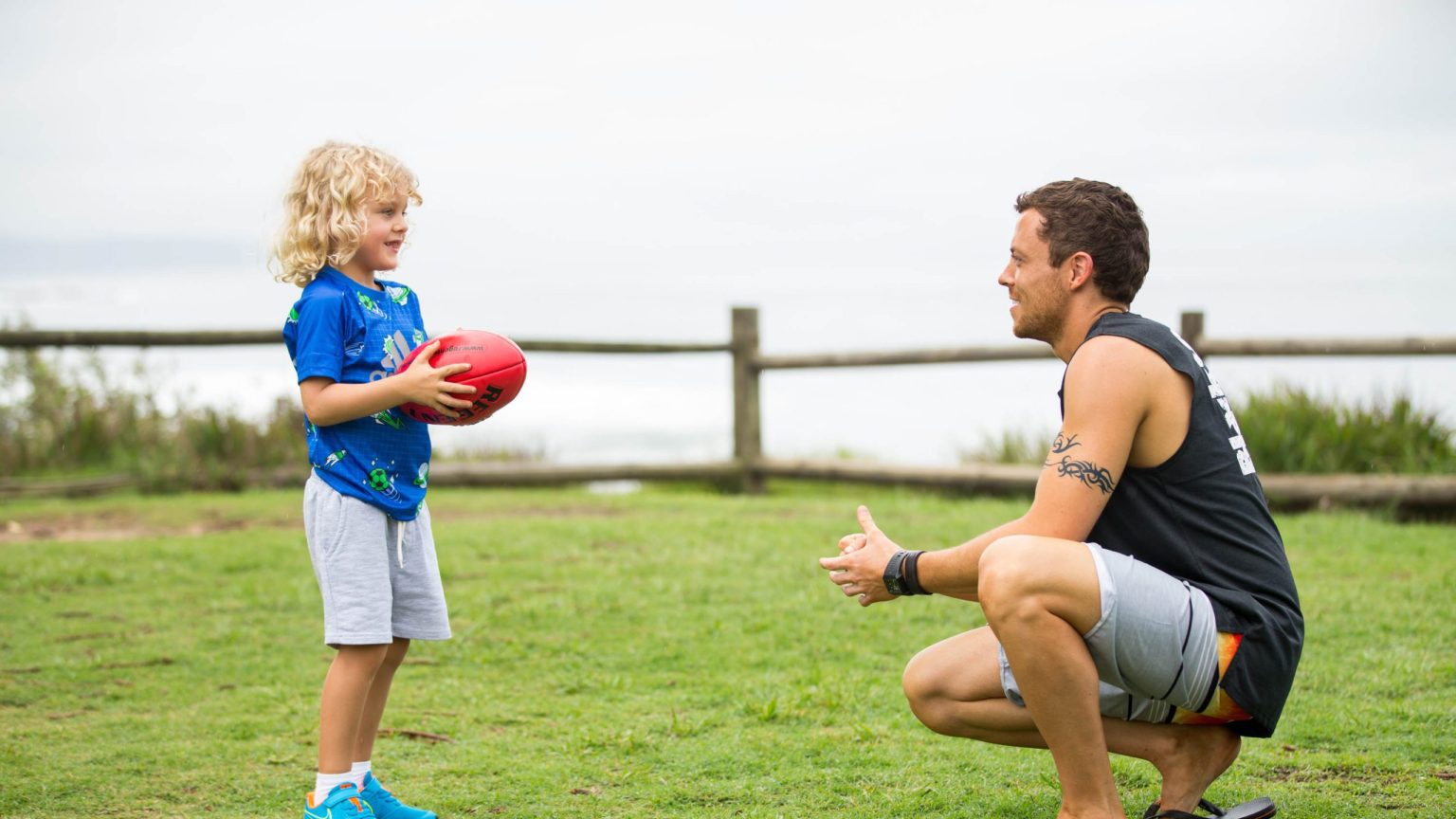 While he returned the next day, just as Amber was about to call the police, the damage had already been done. Feeling she couldn’t trust Dean, Amber secretly left town with Jai, leaving Dean worried that he would never see his son again.

Later this week, Dean and Bella returned from a failed attempt to visit Colby in prison, not understanding that they weren’t allowed to see anyone in their first week. As the disappointed Bella starts asking Dean a lot of questions he can’t answer, he bites his tongue and goes out for some fresh air. 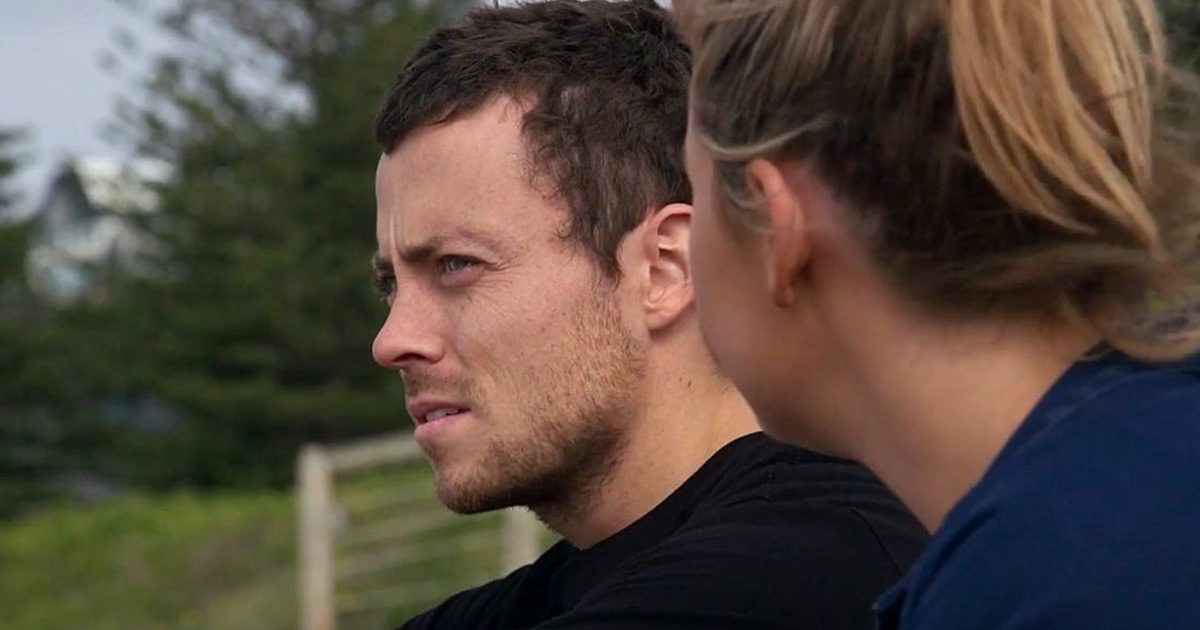 Spotting Dean on the beach, Ziggy expresses her sympathy for what they’re all going through, and her surprise at Willow’s departure without saying goodbye. Struggling as he speaks to his ex, there’s no mistake about the double meaning as Dean tells her that goodbyes are hard. 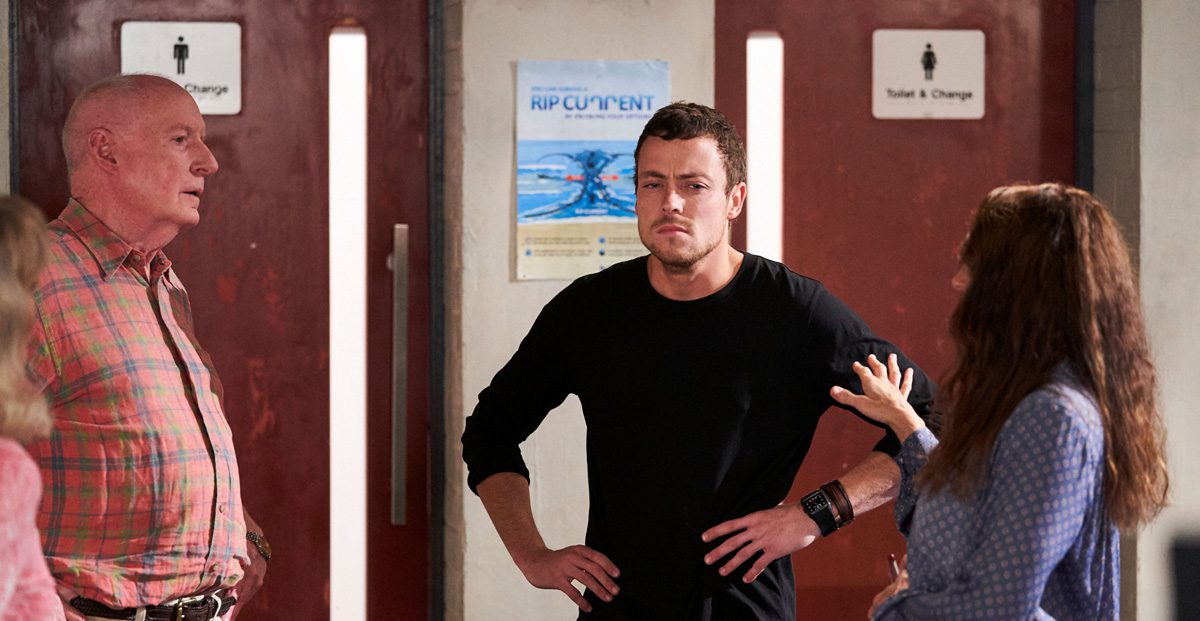 When Ziggy goes to the apartment to check on Bella, she’s greeted with a much colder welcome. Bella reacts to Ziggy’s offer of support by asking her to leave—she turned her back on her family so she doesn’t have the right to swan back in.

Dean spends the afternoon drowning his sorrows again at Salt, and it’s not long before the bartender Ryder (Lukas Radovich) has to ask him to take it easy. With Ryder feeling he can’t leave Dean alone now that his shift is done, Alf (Ray Meagher) offers to hang around to keep an eye on him, and even shouts Dean a burger in the hope that he will be more sober. But later that night, Salt’s workers are forced to quit serving Dean, who is less than impressed as he clumsily heads down under Alf’s eye-watching eye. 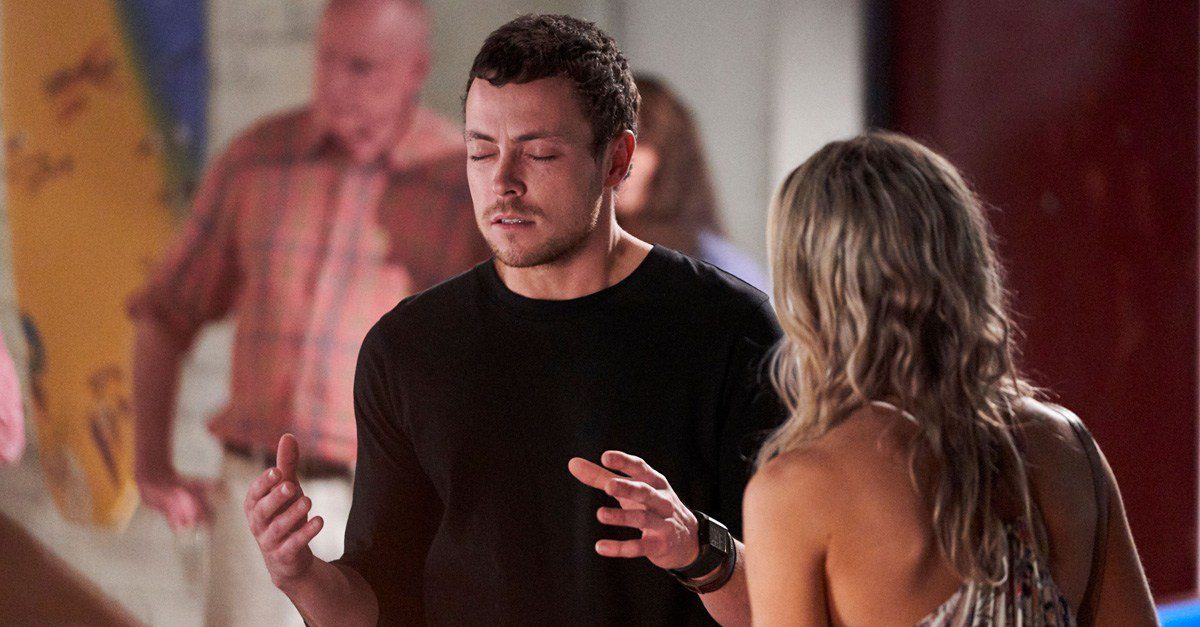 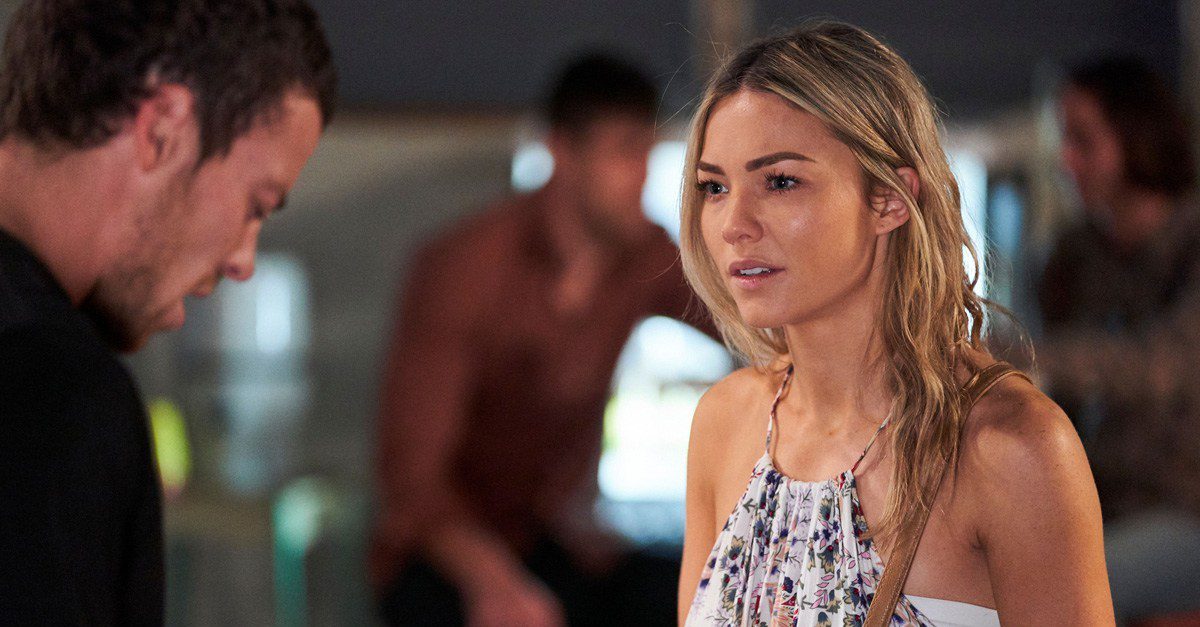 As he runs into Jasmine (Sam Frost), who immediately asks how Colby is, it’s Dean’s final straw. He doesn’t know how Colby is, and he couldn’t care less about it at this stage. All is worried about him when he stumbles out of the surf club.
Ziggy is shocked when Dean turns up on her doorstep, driving all the way to the farmhouse while inebriated.

Feeling at its lowest point after the loss of Ziggy, Jai, Colby, and Willow, the shattered Dean comes straight out and says…

Home and Away airs big twist in John Palmer and Susie...