After uploading a seaside selfie this week with a particularly significant detail, Kate Ritchie raised some eyebrows.

The 43-year-old uploaded a joyful selfie to Instagram showing Sydney’s Palm Beach in the distance.

Many of her 331,000 followers immediately noticed that the neighbourhood is where the outdoor sequences for Home and Away were filmed. 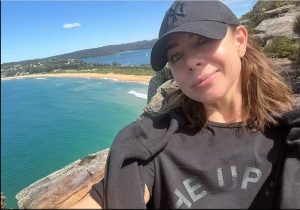 This sparked rumours that Kate would be joining the nine-year hiatus from the series that made her famous.

She walked past the magnificent oceanside wearing a black baseball cap, a black T-shirt, and a matching black sweatshirt over her shoulders.

Heading home and filling my cup today,” the brunette said cheekily next to the photo, accompanied by a winking emoji. 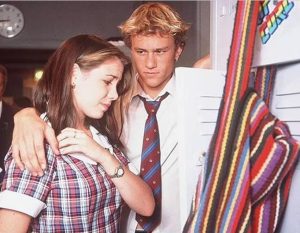 Kate made her television debut in the Home and Away pilot episode when she was just eight years old, and she continued to appear regularly on the show up until 2008.

Her nostalgic return to Summer Bay follows the three-month suspension of her driving privileges due to drunken driving in Sydney’s eastern suburbs.

The radio personality will return to her usual position on Monday’s Kate, Tim, and Joel drive-time show on Nova FM, despite worries that this may have an adverse effect on her career.

After being pulled over by police in her blue Subaru station waggon on August 22 for a breath test at random, Kate blew above the legal limit.

She was detained right away and escorted to the Maroubra Police Station where she underwent a secondary breath test. The result showed a positive reading of 0.06, which is just a little bit over the permitted limit of 0.05.

Kate received an immediate $600 fine and a three-month driving ban.

Since then, she has expressed regret for her behaviour and claimed she made a “bad judgement.” 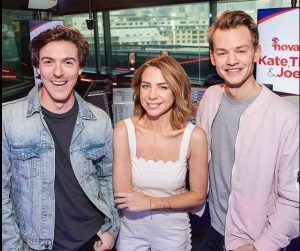