Ada Nicodemou, a star of Home and Away, has reassured her fans that she won’t be departing Summer Bay anytime soon.

Although she has no immediate plans to leave the role, the Leah Patterson actor originally appeared in the soap opera in 2000.

Nicodemou told The West Australian, “I am extremely happy here; I enjoy it. I have amazing friends, why would I quit such a terrific job?” 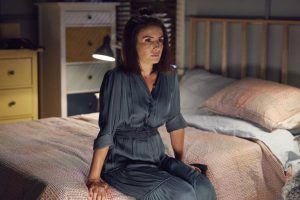 She continued, “I manage to still be a parent, and a partner, and to work – it’s a beautiful lifestyle. I have been doing it for so long that it’s part of my life now.

Nicodemou, who is dating businessman Adam Rigby, is the mother of a kid from a former union with chef Chrys Xipolitas.

The actress continued by describing her time working on the soap as follows: “Yeah, there are long hours, and you have your challenging days, but overall, it’s a really fun job, working with people you enjoy working with, and I get to travel, go to great events like Telethon, and meet amazing people.” 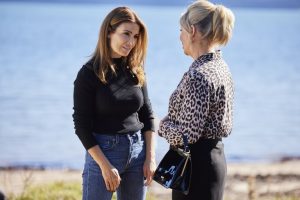 In subsequent scenes, Leah, played by Nicodemou, will be at the centre of a perilous plot when Heather, Marilyn Chambers’ (Emily Symons) secret daughter, targets her.

Leah recognises how insane Heather really is, but she might pay dearly for shielding Marilyn from her daughter’s cunning plans.

Neighbours fans still tuning in for Aussie soap only to remember...